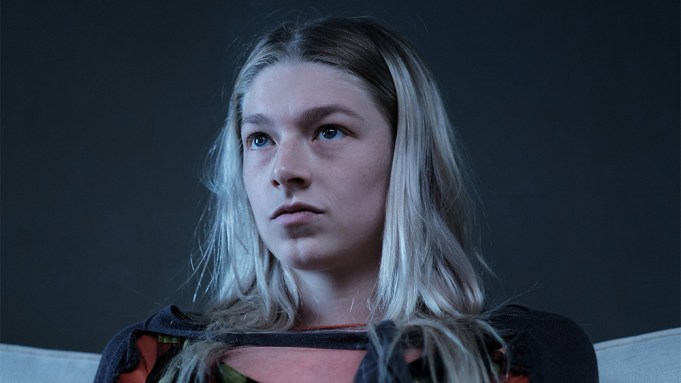 The second “Euphoria” special episode, “F*ck Anyone Who’s Not A Sea Blob,” which centers on Hunter Schafer’s Jules, is scheduled to stream early on HBO Max.

The special episode will be available starting Friday, Jan. 22 on the streaming service, but it is still set to make its linear debut Sunday, Jan. 24 on HBO. Along with this announcement, HBO released a trailer for the new episode, which you can watch above.

The episode follows Jules through her Christmas holiday after the events taking place in Season 1. In the first season finale, Jules impulsively left town alone on a train after her plan to run away with Rue (Zendaya) fell apart. This new episode, co-written by Schafer and creator/director Sam Levinson, will deal with the outcome of this decision for Jules, as the previous special did for that for Rue.

Produced under COVID-19 production guidelines, the episode is likely to forego some of the more eccentric, crowded party scenes typical of the show’s first season. Instead, the trailer takes a more reflective tone for Jules, who, with some time and distance, is now looking at her relationship with Rue in a new light.

“Rue is the first girl who didn’t just look at me. She actually saw me — the me that’s underneath the million layers that’s not me,” she says in the trailer.

When she is asked why she ran away, the trailer cuts between a number of shots of Jules and Rue, as well as moments in Jules’ earlier childhood with her family. Although she doesn’t give the answer in the short clip, the actual episode may offer more clarity and closure.

“Euphoria” is based on the Israeli series created by Ron Leshem and Daphna Levin, and is made in partnership with A24.