Netflix announced that Dolly Parton will guest star on “Grace and Frankie’s” seventh and final season.

The streamer did not announce who she would be playing or how she would interact with stars Jane Fonda and Lily Tomlin, though.

In the show, Fonda and Tomlin play rhe titular characters who found their lives turned upside down when their husbands (played by Martin Sheen and Sam Waterston, respectively) revealed they were gay and left the women for each other.

The final season of “Grace and Frankie” dropped its first four episodes of the 16-episode season earlier this year, with the rest set to launch in 2022. The show will close out with 94 total episodes, making it Netflix’s longest-running original series to date.

The History Channel announced “The Toys That Built America” will premiere Nov. 28 at 9 p.m. The four-part docuseries is part of its “That Built” franchise and follows toy titans who built billion-dollar empires, rivalries within the industry that allowed for an evolution in it, and the history of the visionaries behind iconic products including Monopoly and G.I. Joe. Additionally, the network will partner with Blue Star Families to gift military veterans toy donations and holiday items. Steve Ascher, Kristy Sabat, Matthew Pearl, Keith McKay, Jim Pasquarella, Brooke Townsend and Mary E. Donahue serve as executive producers. “The Toys That Built America” is produced by the Six West Media Group. Watch a trailer below.

Amazon Prime Video released a first look at Laurie Holden in her superhero suit as Crimson Countess in Season 3 of “The Boys.” In Garth Ennis and Darick Robertson’s graphic novels, on which the show is based, Crimson Countess is another Vought superhero who originally planned to join The Seven and has heat vision and fire manipulation as her powers. The deep red costume is designed by LJ Shannon. Holden will recur in the third season of the drama series. “The Boys” stars Karl Urban, Jack Quaid, Laz Alonso, Tomer Capon, Karen Fukuhara, Erin Moriarty, and Antony Starr. The series is produced by Amazon Studios and Sony Pictures Television Studios with Point Grey Pictures, Kripke Enterprises and Original Film. See the first-look image below. 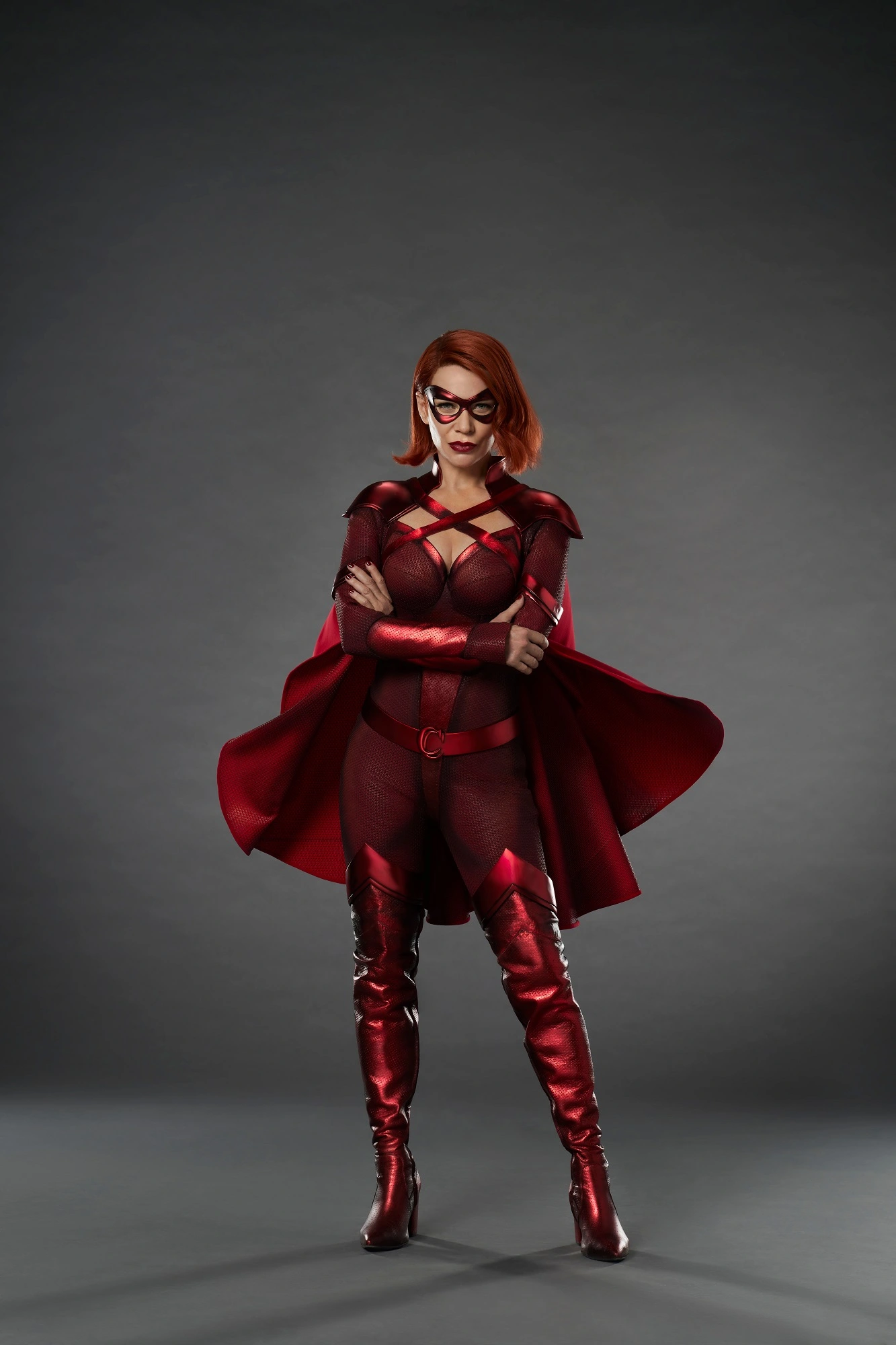 Paramount Plus unveiled teaser art for “1883,” Taylor Sheridan’s prequel to the series “Yellowstone.” A first look at “1883” will also be revealed during the “Yellowstone” Season 4 premiere Nov. 7 at 8 p.m. on Paramount Network. Created by Taylor Sheridan, “1883” follows the Dutton family as they embark on a journey west through the Great Plains towards the last bastion of untamed America. The series stars Sam Elliott, Tim McGraw, Faith Hill, Billy Bob Thornton, Isabel May and LaMonica Garrett and premieres Dec. 19 on Paramount Plus. MTV Entertainment Studios and 101 Studios produce, and Sheridan, John Linson, Art Linson, David Glasser, Ron Burkle and Bob Yari executive produce.

Showtime released the first episode of new psychological thriller “Yellowjackets” for free on its digital platforms, including YouTube; the series will still make its linear network debut on Nov. 14 at 10 p.m. The show follows a team of female high school soccer players who become survivors of a plane crash in the Northern wilderness — both in the 1990s in the immediate aftermath of that crash and 25 years later, in present day. Melanie Lynskey, Juliette Lewis, Christina Ricci, Tawny Cypress, Ella Purnell, Samantha Hanratty, Sophie Thatcher, Sophie Nélisse, Steven Krueger, Jasmin Savoy Brown and Warren Kole star. The series is created by Ashley Lyle and Bart Nickerson, who showrun alongside Jonathan Lisco. Karyn Kusama and Drew Comins also serve as executive producers. “Yellowjackets” is produced for Showtime by Studio Entertainment One (eOne).