Hulu swings to its first profit in the most recent quarter on advertising, subscription revenue growth 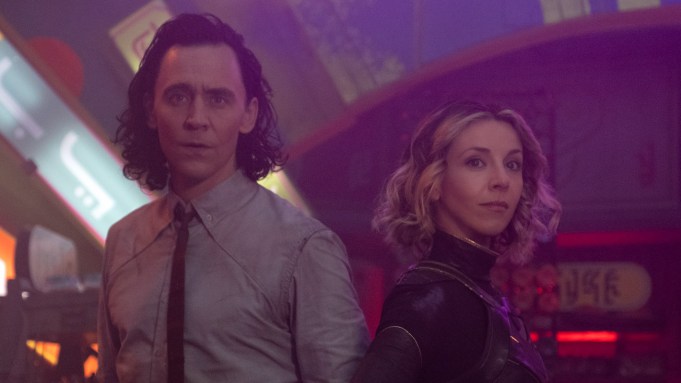 Disney Plus rebounded in the second calendar quarter of the year, reeling in 12.4 million net new subscribers to stand at 116 million worldwide as of July 3 — beating analyst targets.

Wall Street analysts on average had forecast Disney Plus subscribers coming in at 112.8 million for the period.

The results come after Disney missed expectations for Disney Plus net adds for the first three months of the year, after it boomed in 2020 amid pandemic lockdowns. That prompted analysts to lower Disney Plus sub estimates for the most recent period.

The July 3 quarter, Disney’s fiscal Q3 2021, was the first period to fully reflect Disney Plus’ price hikes earlier this spring. In the U.S., the streaming package went up one dollar, to $7.99/month, as of March 26.

Overall, Disney beat the Street on the top and bottom lines, with total revenue up 45% on the growth of streaming and the reopening of its theme parks.

The subscriber figures for the Mouse House’s flagship streamer include customers of Disney Plus Hotstar, which is available in India, Indonesia, Malaysia and Thailand. The bulk of Disney Plus’ gains in the most recent quarter came from Hotstar, which now accounts for just under 40% of the 116 million total, CFO Christine McCarthy told analysts on the earnings call.

The company noted that Disney Plus Hotstar average monthly revenue per paid subscriber is significantly lower than for Disney Plus in other markets. Indeed, Disney Plus’ average revenue per sub per month continued to fall, dropping 10% year over year to $4.16 as of July 3, 2021.

Also on the earnings call, CEO Bob Chapek said Disney Plus’ launch in eastern Europe was getting pushed from late 2021 to summer of 2022, primarily to account for a broader market rollout that includes parts of the Middle East and Africa.

Disney’s Direct-to-Consumer revenue for the quarter jumped 57%, to $4.3 billion, and the segment cut its operating loss in half, to $293 million (versus $624 million a year earlier). The DTC group’s decrease in operating loss was due to subscription and ad revenue growth at Hulu — which McCarthy revealed on the earnings call had swung to a profit for the first time in the quarter. If the Hulu ad team had more inventory “I think they could sell it,” she said, calling out a “significant” ramp-up in dynamic ad-insertion for Hulu + Live TV.

Disney Plus recorded a bigger loss in the quarter, which the company attributed to higher costs for content, marketing and technology costs, partially offset by higher subscription revenue and early-access VOD revenue for “Cruella.”

While Disney Plus subscriber doubled year-over-year, the company’s two U.S.-only services also posted gains: Hulu subs grew 22%, to 42.8 million, and ESPN Plus 75% to 14.9 million. The trio of streamers had 173.7 million total customers at the end of the quarter, versus 101.5 million in the year-ago period. (The overall figures tally subscribers on price-reduced bundles for each service included in the bundle.)

As the pandemic recovery has stretched into 2021, Disney has continued to use Disney Plus as an outlet for premium VOD sales of certain big movie releases, including “Cruella,” “Black Widow” and “Disney’s Jungle Cruise.” In its opening weekend (July 9-11), “Black Widow” earned $60 million on Disney Plus worldwide, according to Disney, in addition to the $158 million it pulled in at the global box office — the first time Disney broke out early-access VOD revenue. But the release on streaming prompted a lawsuit from star Scarlett Johansson, who accused Disney of shortchanging her by not releasing “Black Widow” with an exclusive theatrical window.

In its 10-Q SEC filing, Disney disclosed that the NHL on Aug. 3 opted to sell its 10% interest in BAMTech — the streaming technology division that powers Disney Plus, ESPN Plus and other services — for $350 million. When the deal closes (expected next month), Disney will own 85% of BAMTech while Major League Baseball will retain a 15% stake. MLB, which sold the majority interest in BAMTech to Disney for about $2.6 billion, has the right to sell its stake to Disney starting in September 2022.

Disney Plus, first launched in November 2019, is the streaming home for movies and TV shows from Disney, Pixar, Marvel, Star Wars and National Geographic. The service’s lineup also includes “The Simpsons” and a slate of originals like Marvel’s “Loki,” Disney-Pixar’s “Luca,” Star Wars-set series “The Mandalorian,” the animated “Star Wars: The Bad Batch,” a TV adaptation of “Turner & Hooch” and “What If?,” the first Marvel Cinematic Universe animated series. In certain countries outside the U.S., Disney Plus also includes Star, the media conglomerate’s new general-entertainment content brand.

(Pictured above: Tom Hiddleston and Sophia Di Martino in “Loki”)