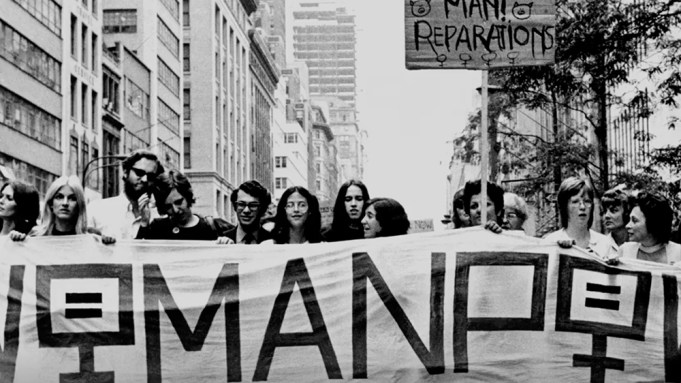 Documentary filmmaker Dawn Porter (“John Lewis: Good Trouble,” “The Way I See It”) considers Title IX, anti-gender discrimination legislation passed by Congress in 1972, as “one of the most misunderstood civil rights laws” and is setting out to change that with “Fifty/50,” a four-part ESPN docuseries that she is executive producing and co-directing.

On Oct. 19, she is slated to unveil a first look at “Fifty/50” during a conversation with fellow executive producer Allison Glock and Hannah Storm at the espnW: Women + Sports Summit in La Jolla, Calif.

“Fifty/50,” which she is co-directing with Nicole Newnham (“Crip Camp), celebrates the 50th anniversary of Title IX while also exploring the current struggle to maintain and evolve the 1972 law that forbids discrimination based on gender.

Prior to 1972, gender discrimination was commonplace in education and athletics. Physical activity for girls and women was cast as unfeminine, and while schools poured money and other resources into programs for male students, budding female athletes were left to fend for themselves. That all changed when Congress passed Title IX on June 23 that year. The law prohibited sex-based discrimination in any educational institution that receives federal funding and assured equal treatment for women not just in athletics but in all aspects of education.

“I wanted to make this series because I think Title IX is one of the most misunderstood civil rights laws,” Porter told Variety. “It was enacted in the early ’70s coming right out of the Civil Rights movement, when there was so much activity around race. Women saw how successful that could be, and really modeled a lot of their activism against the successful civil rights activists. I thought that was a great story.”

Currently in production, “Fifty/50” will premiere in June. It will tell the story of the hard-fought battle to gain equal rights in education and athletics, while also exploring the legacy of the bill by telling the stories of female athletes and examining issues women in sports still face today.

“We have been filming with women who were there at the start of Title IX, who go into how they got attacked and what they had to fight against,” explains Porter. “Then we have girls today who have taken up the fight: girls at California’s Berkeley High School and the Angel City Football Club. We want to really explain why this law is so important and how it has been used by advocates to protect, advance girls and to really make the case for equality. Like race and civil rights, we’ve made a lot of progress, but there’s still a lot to do.”

The series will also investigate the fight to maintain the strength of Title IX.

“Betsy DeVos significantly weakened the regulations for Title IX enforcement, and so there’s a lot of activity now to strengthen those and bring them back to what they were,” explains Porter. “For example, Title IX protects against sex harassment, but under the DeVos regulations, if that harassment or rape or any assault occurs off campus, it’s not protected under Title IX. That’s one of many things that really just eats away at the protections of Title IX, and there are a number of athletes who are working to bring it back and to strengthen it.”

Porter is executive producing the series and will also direct two of the project’s four episodes, with Newnham directing the remaining episodes.

In 2013, ESPN celebrated the 40th anniversary of Title IX when it produced a nine-part series titled “Nine for IX” that featured one-off docs from filmmakers including Academy Award-nominated directors Heidi Ewing and Rachel Grady (“Jesus Camp”), as well as Ricki Stern and Annie Sundberg (“Joan Rivers – A Piece of Work”).

Watch the full preview above.