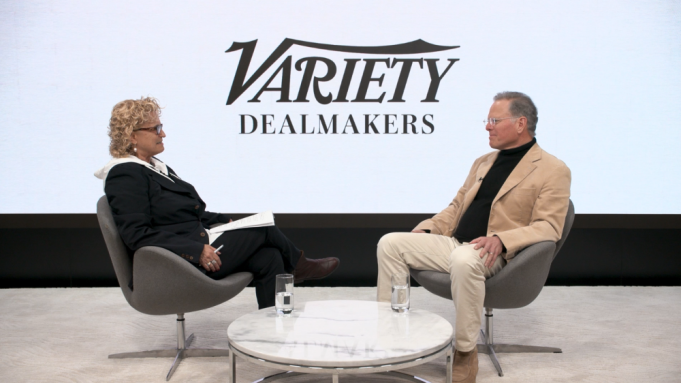 With the WarnerMedia-Discovery merger under regulatory review and under fire from liberals in Congress, David Zaslav can’t say much about his plans for leading Warner Bros. Discovery if the $43 billion transaction is confirmed, as expected by the middle of next year.

But Zaslav, president and CEO of Discovery, offered a glimpse of his operational vision for enlarged company on Wednesday as part of his wide-ranging Variety Dealmakers virtual conversation with Claudia Eller, Variety Editor in Chief.

Zaslav was pressed by Eller about whether the company will combine HBO Max and Discovery Plus into one platform (“The whole thesis is that we’re better together, right?”); how he intends to reach the $3 billion in efficiency savings, as promised to Wall Street (“We feel even more bullish”); and how he views the movie business and Warner Bros.’ new 45-day exclusive theatrical window standard (“The fact that the window has come down is a very good thing”).

More than once, Zaslav asserted that Warner Bros. Discovery will be among the very few conglomerates with the heft to be a global streaming player alongside Netflix, Disney and Amazon. He argued that Warner Bros. Discovery’s cradle-to-grave content offerings, plus its investments in worldwide news and sports in Europe, is a key differentiator that makes it a more compelling offering to the entire family than Disney Plus with its family-friendly patina.

“The creative content that this company has [is] probably the broadest, most comprehensive entertainment menu,” Zaslav said. “The real opportunity for this company is from the youngest kids in the house, to the teenagers, to the parents, to the grandparents — the broad demographic appeal of what Warner Bros. has to offer, the largest movie library in the world, the largest television library, ‘Friends,’ ‘Big Bang,’ HBO, together with all of our local content. I think it’s a larger scale of content than probably any other media company in the world.”

Zaslav’s eagerness to take the reins of Warner Bros. Discovery is palpable. Eller put Hollywood’s new tycoon on notice at the start of the conversation. “We are going to be watching your every move and scrutinizing you,” Eller said. “Are you ready for that?”

Zaslav’s stealthy efforts to pull off the WarnerMedia spinoff with AT&T, which shocked the industry in May, earned him the Dealmaker of the Year nod from Variety. The Dec. 8 cover story and video conversation with Zaslav coincided with the publication of the annual Dealmakers issues examining the year’s biggest mergers and acquisitions and the people behind them.

Other highlights from Zaslav’s interview with Eller:

Zaslav explained the simple math that will fuel Warner Bros. Discovery. If all goes well, the company will reach 200 million or more global subscribers within two years. It’s projected to generate about $8 billion in free cash flow by 2023, a strong base that will allow them to reinvest in content and talent.

“We’re only in the content business. And so as competitive as the market is, we’re competing against a lot of companies that are also in the cable and broadband business, or they’re in the retail business. Or they’re the cloud business,” Zaslav said. “We’re only in the business of creating content, so our goal is going to be really to figure out how we deploy that capital. And how do we do it in a way, in this disrupted environment, that we can become a leader in streaming and [stay] a leader in the motion picture business. I believe we will continue to have a very strong traditional business that generates the cash to fund all that.”

Zaslav built the Discovery empire on the strength of cable TV programming. But he is excited to make a big leap with Warner Bros. into the world of what he calls “makers,” or studio-level film and TV production with global reach, rather than just “pickers,” a.k.a. programming executives who select shows from outside producers.

“As a maker, we’re different, and it gives us great optionality,” Zaslav said. “Do we want to make more for ourselves? Or do we want to continue to get paid a lot of money to make more shows. [Apple TV Plus’] ‘Ted Lasso’ is a Warner Bros. show, right? That makes us different than Netflix and Disney. On the other hand, you know, Netflix is an extraordinary company, and Disney is probably the greatest media company of my generation. But they have self-selected a much narrower approach to entertainment.”

Zaslav emphasized his appreciation for Warner Bros. legacy and industry stature. On movies, Zaslav flatly stated that he finds “motion pictures” to be the most “globally impactful” form of content that reaches around the world. He also noted that the pandemic conditions of the past 18 months have forced Hollywood into a period of experimentation that will be good for the industry in the long run.

“We’re all a lot smarter now having seen what happens when you open a motion picture and open it at the same time on a streaming service,” Zaslav said. “What happens when you market a movie and you tell consumers, ‘Go to the movie, or you could see it right now in your home.’ What impact does that have? Each of the studios is experimenting now and trying to figure out what we learned,” he said.

As for the specifics for Warner Bros. plan to implement a 45-day exclusive theatrical window for most movie releases starting next year, Zaslav begged off calling it a work in progress. But he said the shortening of what has traditionally been a 90-day exclusive theatrical window was a positive step. He stressed that the decision will rest with the Warner Bros. movie team.

“They might decide, ‘Let’s be variable. Some movies should be 30, some should be 90, you know, or the 45 days is really working well but it doesn’t work well for all movies.’ So I think this is a work in progress,” he said.