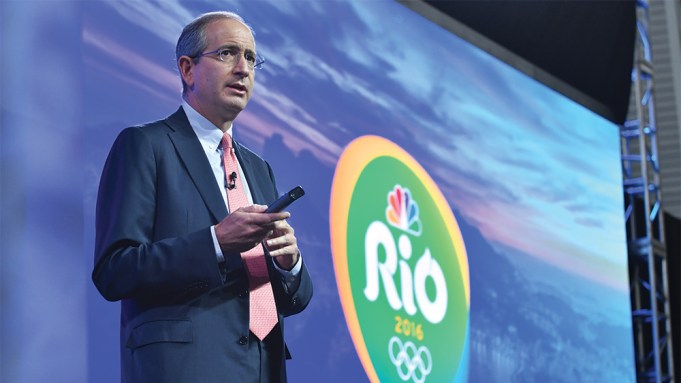 Comcast saw its third-quarter profit soar due to its massive broadcast of the Tokyo Olympics across NBCUniversal as well as an uptick in broadband customers hunkered down at home during the coronavirus pandemic, even as the company’s traditional cable business showed new signs of erosion.

The Philadelphia owner of the Comcast cable empire and the NBCUniversal entertainment conglomerate said profit in the third quarter came to $4.04 billion, or 86 cents per share, compared with $2.02 billion, or 44 cents per share, in the year-earlier period. Revenue spiked 18.7% to $30.3 billion in the quarter, compared with $25.5 billion in the year-earlier quarter.

Revenue at the company’s overall cable operations increased 7.4% to $16.1 billion. Comcast said it added 300,000 new broadband subscribers and 18,000 business customers during the quarter, even as it lost 408,000 traditional video consumers and 158,000 voice customers.

The company declined to offer a total number of subscribers for Peacock, the video-streaming service launched by NBCUniversal that has been a pivotal part of the company’s strategy amid consumers’ growing interest in watching their video favorites at times of their own choosing.

Studio revenue increased 27%, driven by movie releases including "F9"and "The Boss Baby: Family Business." Revenue from movies was crimped severely by coronavirus in the year-earlier period. Revenue at the company's theme parks rose to $1.4 billion as the facilities saw business improve from the year-earlier quarter, when they had to close or open to only a limited number of customers.