Hollywood Mourns Cicely Tyson: ‘One of Those Legends You’d Hoped We Would Have Forever’ 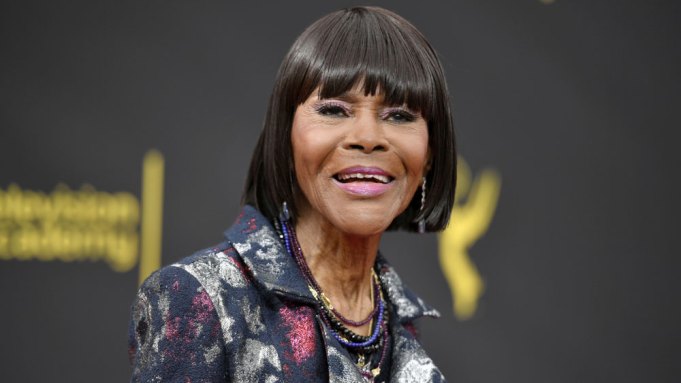 Cicely Tyson’s co-stars and admirers shared their remembrances of the late Emmy and Tony-winning actor, who died Thursday at 96.

Viola Davis, who starred opposite Tyson, playing mother and daughter for six seasons on “How to Get Away with Murder,” shared a lengthy tribute to the legend alongside a photo from the set.

“I’m devastated. My heart is just broken. I loved you so much!! You were everything to me! You made me feel loved and seen and valued in a world where there is still a cloak of invisibility for us dark chocolate girls. You gave me permission to dream,” Davis wrote in her caption. “Because it was only in my dreams that I could see the possibilities in myself. I’m not ready for you to be my angel yet. But…I also understand that it’s only when the last person who has a memory of you dies, that you’ll truly be dead. In that case, you will be immortal. Thank you for shifting my life. Thank you for the long talks. Thank you for loving me. Rest well.”

I'm devastated. My heart is just broken. I loved you so much!! You were everything to me! You made me feel loved and seen and valued in a world where there is still a cloak of invisibility for us dark chocolate girls. You gave me permission to dream… https://t.co/7V7AFZtFLa pic.twitter.com/l2TLfM4weX

“How to Get Away with Murder” executive producer Shonda Rhimes also posted a salute to Tyson, captioning her photo: “She was an extraordinary person. And this is an extraordinary loss. She had so much to teach. And I still have so much to learn. I am grateful for every moment. Her power and grace will be with us forever.”

Pete Nowalk, the show’s creator, said Ms. Tyson made him “feel like the greatest writer alive. “Ms. Tyson brought her entire soul to every moment on and off the screen. She made every word sing and your heart sang with her,” Nowalk wrote. “That’s how talented an actress and inspiring a human she was. My heart hurts for everyone who got to meet her, even if only for a moment. We were all so lucky to have been in the presence of such greatness.”

Tyson was nominated for five Emmys for her work on the Shondaland-produced series, with the final nod coming in 2020. But the actor’s career spanned nearly seven decades, and included winning turns in “Sounder” (for which she was nominated for an Oscar in 1973), “The Trip to Bountiful,” “The Autobiography of Miss Jane Pittman” and “Roots.”

LeVar Burton, who played Tyson’s on-screen son Kunta Kinte in the 1977 television epic, wrote: “This one cuts deep... Elegance, warmth, beauty, wisdom, style and abundant grace. She was as regal as they come. An artist of the highest order, I will love her forever…RIP”

This one cuts deep. @IAmCicelyTyson was my first screen Mom.. Elegance, warmth, beauty, wisdom, style and abundant grace. She was as regal as they come. An artist of the highest order, I will love her forever… ♥️ RIP pic.twitter.com/69Awj7qI8o

Tyler Perry, who Tyson oft credited with reviving her career after hiring her to star in 2005’s “Diary of a Mad Black Woman,” shared how he learned that his dear friend had passed: “I was sitting at the table working when I got this overwhelming feeling to watch Miss Jane Pittman. I hadn’t seen the movie in years. I didn’t even understand the feeling to turn it on, but I did anyway.”

“Not 12 minutes into the movie my phone rang. It was Oprah calling to tell me that Cicely had died. This one brought me to my knees!” he continued. “She was the grandmother I never had and the wisdom tree that I could always sit under to fill my cup. My heart breaks in one beat, while celebrating her life in the next.”

I was sitting at the table working when I got this overwhelming feeling to watch Miss Jane Pittman. I hadn’t seen the movie in years. I didn’t even understand the feeling to turn it on, but I did anyway. Not 12 minutes into the movie my phone rang… cont: https://t.co/Cnwrw6chXg pic.twitter.com/KwogNifCV8

Perry concluded: “To think that she lived for 96 years and I got to be a part of the last 16 brings me great joy. She called me son. Well, today your son grieves your loss and will miss our long talks, your laughter from your belly, and your very presence. Always so regal, always so classy, always a lady, always a queen. Every time we would talk I would ask, “How are you?” and you would say, “I’m still here. He must have something he wants me to do.” Well, I think it’s safe to say you have done all you were put here to do, and we are all better for it.

In her own tribute, Oprah posted a photo with Tyson from her historic “Legends Ball” weekend in 2005, explaining that the reason for the gathering all started with wanting to honor the legendary actor.

“Of all the times and experiences we shared together, this was one of my favorites .. What a joy to honor her and feel her receive it! I loved her hat so much, she sent it to me afterwards,” Winfrey captioned the shot. “Cicely decided early on that her work as an actor would be more than a job. She used her career to illuminate the humanity of Black people. The roles she played reflected her values; she never compromised. Her life so fully lived is a testimony to Greatness.”

Ava DuVernay shared what she’ll remember about the star, who worked together from 2002’s “Rosa Parks Story” until Tyson appeared on DuVernay’s 2020 OWN series “Cherish the Day.”

“Your words I’ll remember. How each time I hung up the phone, I’d write them down so as not forget the precious jewels of encouragement and wisdom you’d gifted me. Your love I’ll remember,” she continued. “You loved me for some reason. You told me so often. I thank you for that forever and I’ll carry your love with me as I go. Bless you on your journey ahead, Your Majesty. Until we meet again…”

Tyson’s influence as a trailblazer for Black entertainer was felt far and wide, as tributes poured in from all over the entertainment sphere, including from Halle Berry, Debbie Allen, Whoopi Goldberg, Octavia Spencer, Regina King, Lena Waithe, and Gayle King, who recently sat down with the star for “CBS This Morning,” posted the interview, with the words, “Thank you Cicely Tyson… for everything…”

Gabrielle Union summed up Tyson’s legacy, writing, “We have lost a visionary, a leader, a lover, an author, an ICON, and one of the most talented actresses the world has ever seen. A life, a career, a fire to celebrated forevermore!”

In her message of remembrance, Zendaya wrote, “This one hurts, today we honor and celebrate the life of one of the greatest to ever do it. Thank you Cicely Tyson. Rest in great power.”

Earlier this week, Tyson released her memoir “Just As I Am,” sharing personal and professional stories from her Hollywood journey.

“Moonlight” director Barry Jenkins posted a photo of Tyson’s memoir, with the caption: “This has been on the table all week. It just came this week. In power. Eternally.”

This has been on the table all week. It just came this week.

“I have managed Miss Tyson’s career for over 40 years, and each year was a privilege and blessing,” her manager, Larry Thompson, said in a statement confirming news of Tyson’s passing. “Cicely thought of her new memoir as a Christmas tree decorated with all the ornaments of her personal and professional life. Today she placed the last ornament, a Star, on top of the tree.”

“This Is Us” star Susan Kelechi Watson, wrote “Way Maker. Legend. What a mighty life,” alongside a photo of Tyson, while “Mixed-ish” star Tika Sumpter posted, “Legend. Rest in Paradise Queen. Thank you for kicking doors down for girls like me.”

“Cicely Tyson is one of those legends you’d hoped we would have forever. And you knew it was a silly dream but you dreamt it anyway,” Robin Thede wrote. “This day is hard for so many reasons. This is a massive loss. Thank you for your gifts, queen.

The Academy, which awarded Tyson with an Honorary Oscar in 2019, posted a photo of Tyson from the ceremony, writing: Early in her career, Cicely Tyson promised herself that she would only portray strong women. Harriet Tubman. Coretta Scott King. Miss Jane Pittman, and so many others … she led by example and will be missed.”

Early in her career, Cicely Tyson promised herself that she would only portray strong women. Harriet Tubman. Coretta Scott King. Miss Jane Pittman, and so many others. An Honorary Oscar winner in 2019 for her extraordinary body of work, she led by example and will be missed. pic.twitter.com/OLW8LGUhml