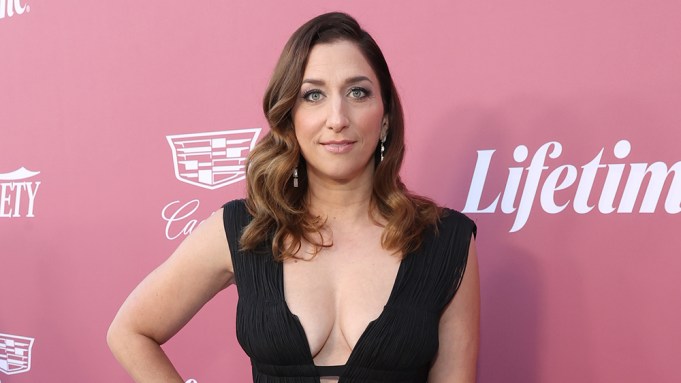 On a night of overwhelming inspiration and the in-person return to Variety‘s Power of Women celebration, host Chelsea Peretti brought some much-needed levity.

The stand-up comic and “Brooklyn Nine Nine” star played emcee for the Thursday event, where she loosened up a crowd of honorees including Lorde, Amanda Gorman, Katy Perry, Warner Bros. executive Channing Dungey and EGOT icon Rita Moreno. From Peleton rides and toddler wrangling to casting woes and pay equity, Peretti touched on both the triumphs and anxieties of our time at the Beverly Hills event, presented by Lifetime.

“Let’s support IATSE, who are striking for livable working conditions and to be able to pee and sleep and see their families,” she said. Read on for her best jokes:

On Being a Woman in Hollywood

It’s so meaningful to celebrate the Power of Women in Hollywood, the town where “Little Nicky” was greenlit. A place where the most famous buddy movie with two female leads ends with them careening off a cliff. A town which constantly asks of female roles, “Why are we rooting for her?” Remind me, why did we root for anyone on “Entourage”? Why are there Rob Schneider movies?

I’m so desperate for female leads in a comedy I remember I laughed at Andie MacDowell’s character in “Groundhog Day.” Modeling is a good prerequisite for being a female in a comedy movie if you think about it — both are just about “standing there.”

On Getting Ready for Events

I had my makeup done for tonight. Because I’m insecure and not as cool as Frances McDormand. It’s always an exercise in humility. Every makeup artist is now on social media. They’ll do a blonde 20 year old and their caption will be like “Had the absolute honor, of painting the exquisite face of this absolute doll” and then the next day they do my makeup and I eagerly go to check the caption and it’s like “Fun day with Chelsea Peretti!”

I was asked to host last minute so I’m guessing either someone had to bail or Variety is an absolute disorganized mess. Either way, my prep time was limited and I wrote this in my car in my driveway while hiding from my toddler. He’s hosting a “Power of Toddler” event right now where he won’t eat, sleep, or take baths and is probably shitting on the floor. How many times a day is it normal to fantasize about disappearing? Just goin’ out for a pack of tampons and never coming back.

Every email I got about this kept calling it a POW event. You do know that acronym is already in use? I’m just trying to assess the education level in Hollywood. If you’re out there just stealing acronyms – why not PAP or HPV or something a little more on brand! PCOS.

On Men in Hollywood

This is my impression of men being nurturing: “I tried one thing and it didn’t work!” We’re in quite a timeline. This pandemic has shone a light on the work required of all the cogs in the wheel of capitalism in order to make like five white dudes insanely wealthy and space-travel ready. We already had significant gender and racial pay gaps but in 2020 record numbers of women dropped out of the labor force entirely. I think it was four times the number of men.

Have you noticed even when human labor is outsourced to robots they still give them female names? Alexa, Siri, Cortana, Viv — why not just name one “mommy”? I’m now gonna call on a random man in the audience and ask them why they think this is.

On the Attack on Women’s Reproductive Rights

What does the future hold? Texas is being demented about a woman’s right to choose, the GOP is trying to suppress the voters that voted them out, Trump may run again, and I’m still wearing heels and have my tits out. But on the bright side we have AOC, we have we have Greta, we have Stacey Abrams, and we have Rose McGowan and… Larry Elder? I must have written that down wrong. But everyone on social media will post any color boxes they’re told to without giving it a second of thought  — so with all that combined we should be able to defeat evil. By 2022.

The older I get (and I just hit the dreaded 28), the more thankful I am for anyone actively working to make the world better for current and future generations. Tonight our honorees will tell you about the causes that are important to them, everything from trauma counseling, mentorship programs, climate change solutions, healthcare and arts programs.