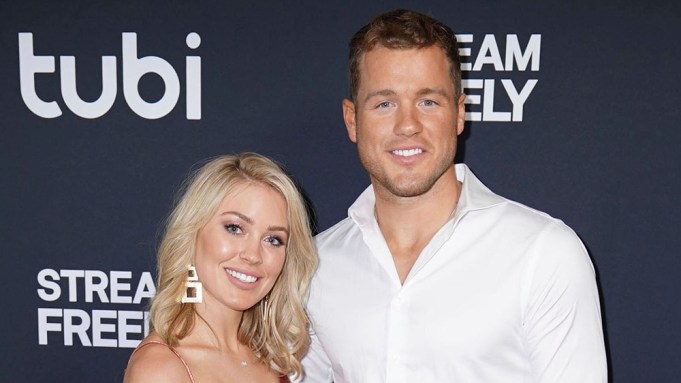 The production team behind Colton Underwood’s new Netflix show asked his ex-girlfriend Cassie Randolph to appear on the series, but she declined to participate, Variety has learned exclusively.

Randolph was offered compensation to appear on the show, according to two different sources. She was approached by the production company the day after Underwood sat down on “Good Morning America,” an insider says, for his bombshell interview when he came out as gay.

The idea for Randolph’s scenes would have been to have her sit down with Underwood for him to candidly discuss his sexuality and the mistakes he made in the ending of their relationship.

Randolph and Underwood first met on ABC’s “The Bachelor” and began dating in 2019, years before the Christian football player came out as gay. After the reality TV couple broke up, court documents revealed that Randolph filed a restraining order against Underwood in September 2020, alleging that he stalked her and placed a tracking device on her car. Two months after filing, Randolph dropped the restraining order and police investigation.

Randolph declined to comment on this story. However, a person familiar with the situation tells Variety that Randolph is not interested in being associated with Underwood or re-living that chapter of her life in the public eye.

Underwood’s PR representative and Netflix declined to comment on this story.

When Underwood revealed he was gay in a national TV interview, his coming out moment was met with backlash as many questioned if he used his sexuality to negate his actions in the past. Then, when news broke that he had landed his own Netflix series, a Change.org petition garnered thousands of signatures, pressuring Netflix to cancel the series because of the stalking allegations.

That Netflix series, “Coming Out Colton,” which launches Friday, chronicles his journey of coming out, both publicly and to his close family and friends.

Underwood has apologized many times in the media, but has not spoken directly to Randolph, either before or after he publicly came out.

This past May, Underwood appeared on the cover of Variety to address his controversial coming out. When asked at length about Randolph, he said he and his ex had a joint agreement to not discuss the details surrounding the allegations relating to their relationship. When asked if he was abusive towards Randolph, Underwood firmly stated, “I did not physically touch or physically abuse Cassie in any way, shape or form.”

In his Netflix show, Underwood says on-camera: “There’s only so much that I can do in regards to the Cassie of it all. Legally, I can’t talk about it and the only person I have to blame is myself.”

Speaking to Variety in May, Underwood elaborated on the matter. “I never want people to think that I’m coming out to change the narrative, or to brush over and not take responsibility for my actions, and now that I have this gay life that I don’t have to address my past as a straight man… Controlling situations to try to grasp at any part of the straight fantasy that I was trying to live out was so wrong.”

Underwood explained that after Randolph broke up with him, he was in “such a dark place” because he knew that would be his last straight relationship and he’d have to face his true sexuality.

“It’s not who I am as a human being, and it’s not how I carry myself,” he told Variety. “If there was anything I could do to take more ownership, I would. But also, out of respect to her, I don’t want to get into the details. I want this interview to be the last time I address her, because it’s not fair for her to have her name in articles every time I talk. I’m sorry, and I want her to know that I hope she has the best, most beautiful life.”

In one episode, he meets with two mutual friends, who are labeled as “Cassie’s friends,” and one of the individuals tells Underwood, “What you fucking put her through was bullshit.” In another episode, he meets with a transgender pastor to discuss his guilt regarding Randolph. The pastor tells him, “The best thing you can do is work on you and face up to what you’ve done before you get in your next relationship, before you go in and fuck up somebody else’s life.”

As Variety previously reported, after their split — but before the restraining order — Underwood and Randolph were filming a reality show together in summer 2020 that would have followed the exes’ lives as friends, but never made it past the development stage given the legal issues and allegations. That project was with Jeff Jenkins Productions, the same company that is behind Netflix’s “Coming Out Colton,” which ultimately came together when the shingle pitched Underwood on the idea of his own show about coming out after a small circle had learned about his sexuality.

In his new Netflix series, Underwood comes out for the first time, on-camera, to his conservative father, his mother, younger brother and close friends.

“This sounds terrible, but the day I got the restraining order on me is when I like knew something had to change,” Underwood tells his father in the series. “I was so attached to my traditional life and a straight relationship… I didn’t want to let this go because I didn’t want to have to deal with this.”

“There’s no excuse,” he adds, speaking to camera. “I had to lie for 25 years. And I had to face my truth. I sort of think that’s what got me to this point today.”