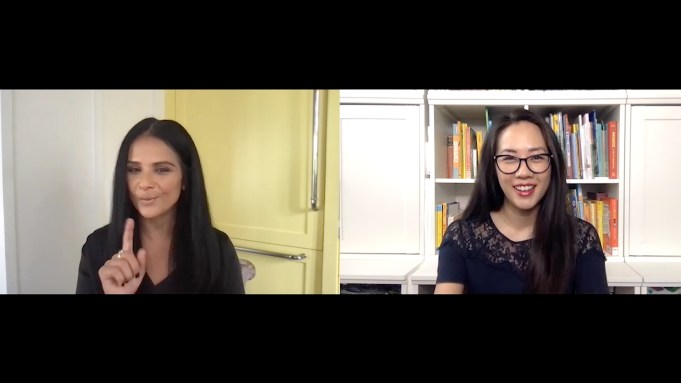 The adage “think locally, act globally” has never applied more to a Hollywood programming executive than it does to Bela Bajaria, Netflix’s global head of TV.

A big part of her job overseeing content for Netflix’s more than 200 million subscribers in 190-plus countries is “allowing storytellers all around the world to export their stories,” Bajaria said during her keynote conversation presented Tuesday as part of Variety‘s Virtual TV Fest presented by Amazon Advertising, which runs through June 10.

In a wide-ranging conversation with Variety senior TV business writer Elaine Low, Bajaria discussed the juggling act that is required by producing so much local-language content for so many markets. But Netflix has been gratified by how widely shows from specific territories have been sampled by other markets including in Hollywood’s backyard. Bajaria pointed to recent hits ranging from Spain’s “La Casa de Papel” to Germany’s “Barbarians” to France’s “Lupin” to Mexico’s “Who Killed Sara?”

“To export these shows from all over the world in different languages and find a global audience is really exciting and rewarding,” Bajaria said. She noted that viewing of non-English language programs by Netflix’s U.S. subscribers grew some 67% between 2019 and this year. Netflix brass have also been happy to see a range of shows from various territories popping up in its regional most-watched lists.

“They’re traveling from all different kinds of countries,” Bajaria said. “So I think you’ll see so many different kinds of stories being told and storytellers. What I find personally really rewarding is the representation. You are seeing so many people’s different stories told, and people are seeing themselves on screen, which they have not (at) a global scale.”

Netflix has been buoyed in recent months by buzzy scripted dramas including “Bridgerton” and “The Queen’s Gambit” and a growing roster of unscripted series that indicate the streamer has found the way to do reality TV for an on-demand audience. More than anything else, Netflix prizes examples of shows that have cultural resonance beyond the screen.

“If you look at a show like ‘Queen’s Gambit,’ and the amount of chess sets that were sold and chess clubs that had never had so much interest in subscribers before,” she said. “It shows that people love and they resonate with them, and they enjoy them, and then there’s also even a further connection that sort of really pierces a culture in a specific way.”

“Bridgerton” was a home run that underscored the importance of Netflix’s investment in eight- and nine-figure deals to bring showrunners such as Shonda Rhimes and Ryan Murphy and others into the streaming tent.

“It was fun to see Shonda do a show in ‘Bridgerton’ that really shows she knows how to (blend) romance and relationships, and interesting multi-dimensional strong women, and choices we make, and gender expectations,” she said. “And to see her do that in a reimagined Regency-era London is really exciting to see.”

Some 82 million Netflix accounts sampled “Bridgerton” in the first 28 days — a record-setting performance. “It really created so much conversation and pierced the culture in such a way,” she said. “I’m very curious Halloween time, how many corsets we’re going to see, and what are the costumes going to be?”

Netflix is branching out in the unscripted arena with reality-competition and dating series such as “The Circle,” “Too Hot to Handle” and “Love Is Blind.”

“I think it’s really rewarding to see in unscripted how many different categories of types of shows that we’ve done,” she said.

Like every other network and streaming platform, Netflix’s programming supply chain was disrupted last year by the pandemic. Bajaria had a bird’s eye view of the COVID-19 crisis around the world as Netflix hunted for safe places to shoot. The backlog is finally easing and she is promising a big second half to finish out the year.

“We have returning seasons of big, crowd-pleasing shows,” she said. “Looking at ‘The Witcher’ coming back and ‘La Casa del Papel,’ ‘Never Have I Ever,’ ‘You’ — we have huge important shows coming back that we’re excited about.”