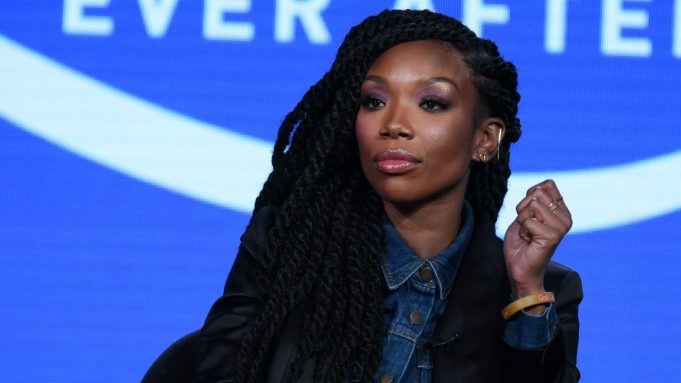 Brandy Norwood, best known by the stage name Brandy, has signed on for one of the lead roles in the ABC drama pilot “Queens.”

The pilot is about four estranged and out-of-touch women in their 40s who reunite for a chance to recapture their fame and regain the swagger they had as the Nasty Bitches – their ’90s group that made them legends in the hip-hop world.

Brandy will play Naomi, better known as Xplicit Lyrics — the highly skilled musical engine of the Nasty Bitches. A true artist with boundless musical talent, Naomi was certain she’d go on to mainstream success after the group’s demise. She hasn’t, singing and playing her guitar in crappy dive bars where all people want is her old persona. When the group gets back together, Naomi is reunited with the only man she ever loved, and the rival bandmate who stole that man from her. But what Naomi wants more than anything is to build a relationship with the daughter she was never really there for, if she only knew how.

Since bursting onto the music scene in 1994 with her three-times platinum debut album, Brandy has sold more than 40 million albums worldwide. That includes albums like “Never Say Never,” which has been certified platinum five times. Her other albums include “Full Moon,” “Afrodisiac,” and “Two Eleven.” Brandy is also an accomplished actress, having starred in the UPN sitcom “Moesha” for six seasons and the Walt Disney Television version of “Cinderella.” Her other credits include “Star,” “The Game,” and the first season of “America’s Got Talent.”