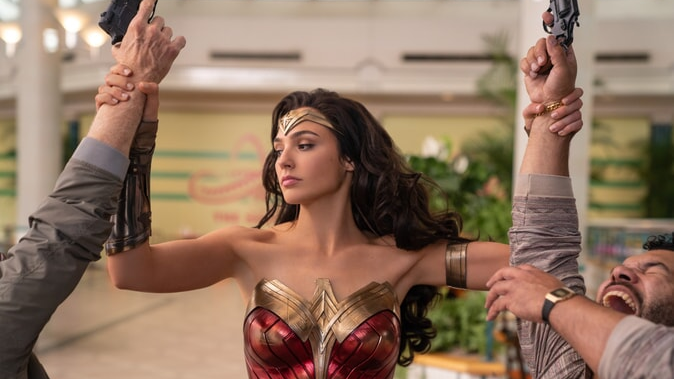 AT&T said the release of “Wonder Woman 1984” helped HBO Max double activations — to 17.2 million — in the fourth quarter of 2020. But a 21% decline in Warner Bros. revenue for Q4, as well as other COVID-related impacts, pulled down the company’s revenue down and earnings for the quarter.

At the end of 2020, WarnerMedia had 41.5 million combined HBO Max and HBO U.S. subscribers, up 20% from 34.6 million a year prior. The nearly 7 million net gain for the year was more than HBO added in the previous 10 years combined, according to AT&T, which said it hit the 41.5 million number two years faster than its initial forecast. Of the 37.7 million HBO Max-eligible subs, 30.785 million came through wholesalers (like Comcast) and 6.88 million were through retail channels. That means less than half (46%) of HBO subscribers who were eligible to get HBO Max had signed up.

The company said it invested about $800 million in HBO Max in the fourth quarter and more than $2 billion for the year on the streaming service. The subscriber gains in Q4 were undoubtedly boosted by WarnerMedia’s deals in Q4 to distribute HBO Max on Roku and Amazon’s Fire TV.

On the Q4 call with analysts, AT&T CEO John Stankey said WarnerMedia is aiming for a Q2 launch of a price-reduced, ad-supported version of HBO Max but he didn’t provide other details on the AVOD product. The company plans to launch HBO Max internationally this year, starting with Latin America in the second quarter. Stankey said AT&T will host an investor event in the second half of Q1.

AT&T blamed COVID for $1.6 billion in lower theatrical and TV revenue in the fourth quarter. During the quarter, the telco took a $780 million charge related to the impairment of production and other content inventory at WarnerMedia, with $520 million resulting from the continued shutdown of theaters during the pandemic and “the hybrid distribution model for our 2021 film slate.” WarnerMedia plans to release all films on the Warner Bros. slate day-and-date on HBO Max and in theaters.

“We’re not going to see the kind of subscriber spikes [for HBO Max] we saw in December and early January every time we put a movie out,” Stankey said. “I want to stress: This is a unique year.” He added, “I think we’ve been good to the theater owners,” because they have a predictable schedule of Warner Bros. films coming out.

Warner Bros. Q4 revenue was $3.2 billion, down 21.2%, driven by the postponement of theatrical and home-entertainment releases. The company also blamed the “limited-capacity and hybrid HBO Max distribution release of ‘Wonder Woman 1984′” for the drop, as well as lower TV licensing and production revenue hurt by COVID-related production delays. Note that “Wonder Woman 1984” was streaming on HBO Max for only a month: It left the service on Jan. 24.

HBO revenue for Q4 was $1.9 billion, up 11.7%, driven by growth in subscription revenues primarily due to higher HBO Max direct-to-consumer subscribers in the U.S. and the May 2020 acquisition of the remaining interest in HBO Latin America Group. Revenue at Turner was $3.2 billion, down 0.6%, which the company attributed primarily to the delayed start of the NBA season.

Meanwhile, as AT&T’s pay-TV business continued to decline, the company took a $15.5 billion non-cash charge in Q4 related to its move to split the video business from broadband and legacy telephony operations. The change “required us to identify a separate Video reporting unit and to assess both the recoverability of its long-lived assets and any assigned goodwill for impairment” — ultimately representing a write-down in value on AT&T’s $49 billion DirecTV deal.

In Q4, the telco had a net loss of 617,000 DirecTV and AT&T TV premium video subscribers, while AT&T TV Now (which is being phased out) dropped 27,000. The company said pay-TV net losses narrowed due to lower churn and were lower than the nearly 1.2 million net subscribers it shed in Q4 2019.

AT&T adjusted earnings per share of 75 cents (down from 89 cents in the year-ago quarter) topped Wall Street analyst expectations by 2 cents. The telco’s net debt at the end of 2020 was $147.5 billion — much of that from the Time Warner and DirecTV deals — down from $151.0 billion a year earlier.

For 2021, AT&T forecast revenue growth of about 1% and wireless service revenue growth of 2% amid “gradual improvement” at WarnerMedia, as well as “stable adjusted EPS.” The company expects lower revenue from the “continued partial closure of movie theaters and higher costs based on our decision to distribute films in 2021 on HBO Max in the U.S. simultaneous with theaters for 31 days.”