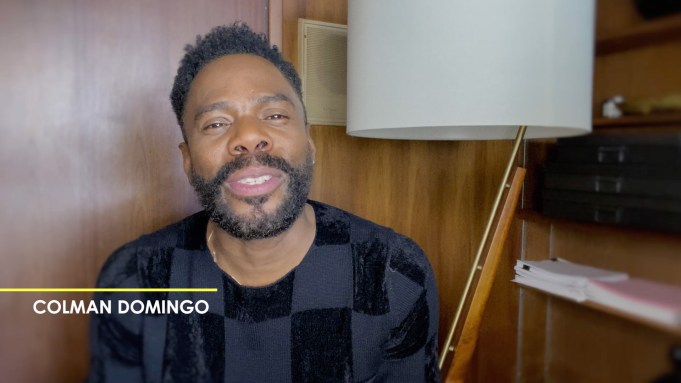 In celebration of Black History Month, AMC Networks has launched its 8th annual Black History Month PSA campaign, once again partnering with the NAACP and members of the Congressional Black Caucus (CBC), Variety has learned exclusively.

“As we celebrate Black History Month and the 50th anniversary of the Congressional Black Caucus, AMC Networks is honored to provide a platform for our country’s leaders to share their inspiring stories,” said Josh Sapan, president and chief executive officer of AMC Networks, in a statement. “At AMC Networks, we are committed to celebrating Black history and culture by embracing and enhancing diversity and inclusion in front of and behind the camera and in our business all year long.”

“Black History: All Day, Every Day” is one of the aforementioned spots, discussing why it is important to celebrate the history, modern-day experience and contributions of Black people every day of the year. The other spots are “Celebrating Black History through Storytelling,” which looks at the unique power of storytelling and the creative arts as helpers in bringing about social change; “50th Anniversary of the Congressional Black Caucus,” which chronicles the CBC’s accomplishments since its founding in 1971 and how its mission has evolved over the last five decades, and “Social Justice,” which explores we can bring justice and healing to society during a moment of public reckoning around systemic racism.

Throughout February, the PSAs will air across linear and social channels — including AMC, BBC America, IFC, SundanceTV, WE tv, and the streaming service ALLBLK. The campaign will also showcase exclusive social media content, some of which will include Derrick Johnson, president of the NAACP, and CBC members (who are celebrating the group’s 50th anniversary).

“Black History Month is a unique opportunity to celebrate the many contributions of Black people, past and present, and it’s important to remember that Black history is American history,” said Aisha Thomas-Petit, chief diversity, equity and inclusion officer at AMC Networks. “AMC Networks will embrace the themes of the campaign throughout the year as we deepen our commitment to building a more inclusive workforce and telling authentic stories that show a full spectrum of the human experience.”

Additionally, AMC Networks will kick off Black History Month across its linear and social platforms with special programming. AMC Plus will launch a “Black Stories & Storytellers” collection available all month long that features documentaries, dramas and series such as SundanceTV’s “Brick City,” AMC’s “Hip Hop: The Songs that Shook America” and IFC Original “Sherman’s Showcase: Black History Month Spectacular.” SundanceTV will also showcase the groundbreaking historical 1977 miniseries “Roots,” which won nine Primetime Emmy awards in addition to a Golden Globe and a Peabody. ALLBLK will premiere “Double Cross” Season 2, “A House Divided” Season 3, unscripted series “A Closer Look with Eric Benét” and the new original comedy “Millennials.” The TV and movie streaming service will also be dropping acclaimed Black films on the platform.