BBC Two and BBC iPlayer have acquired AMC Studios International’s horror anthology “The Terror” for linear and streaming in the U.K. The series is executive produced by Ridley Scott’s Scott Free Productions and showrun by David Kajganich (“True Story”) and Soo Hugh (“The Whispers”).

Inspired by true events, “The Terror” is a fictionalized version of what happened to Captain Sir John Franklin’s lost Arctic expedition in which the Royal Navy ventured into uncharted waters braving sub-zero temperatures, limited resources and a fear of the unknown.

The series’ cast features a roster of high-end TV talent including “Chernobyl” star Jared Harris and “Game of Thrones” alumni Tobias Menzies and Ciarán Hinds, among others.

“ ‘The Terror’ is an atmospheric, character-driven drama, full of menace and foreboding, which will thrill and chill BBC viewers all the way to its icy denouement,” said Sue Deeks, head of BBC program acquisitions.

Fact-based political thriller “The Man Standing Next,” which documents the spy agency and political buildup to the assassination of President Park Chung-hee in 1979, was named as best picture at South Korea’s annual Blue Dragon Awards on Tuesday.

The film had been selected as Korea’s contender for the best international feature at the Oscars. But earlier the same day it learned that it had not made the 15-strong long list announced by the Academy.

The Blue Dragon ceremony, held in Incheon, also rewarded Im Dae-hyung as best director for “Moonlit Winter.” The best actor award went to Yoo Ah-in for his performance in “Voice of Silence,” while Ran Mi-ran was named best actress for her turn in “Honest Candidate.” – Patrick Frater 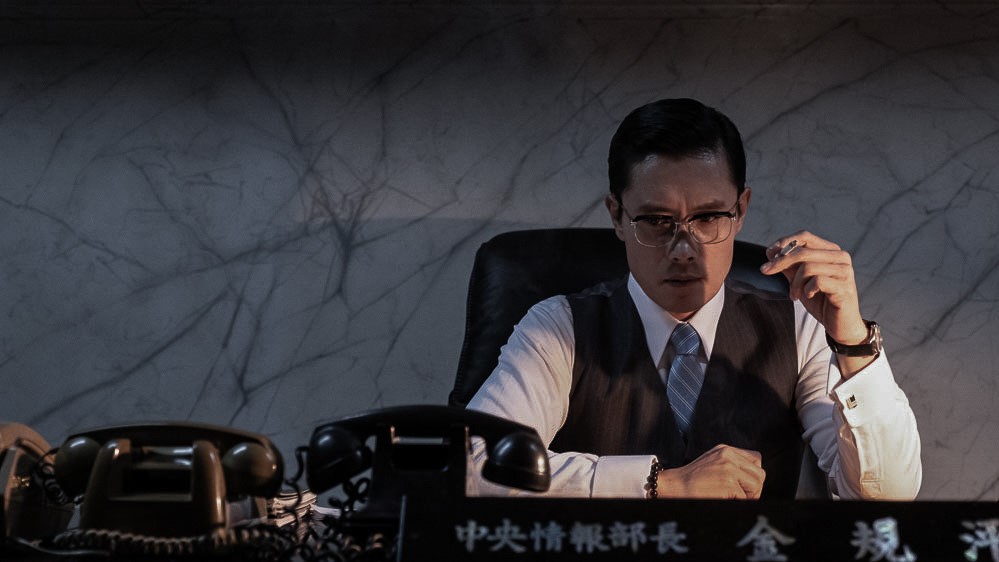 In Denmark, Metronome, a Banijay company, was commissioned by TV2 to produce a local version while in Finland MTV3 has commissioned Endemol Shine Finland to do the same. The deals push the “Lego Masters” format into double-digit adaptations with 11 versions having now been produced in the U.S., U.K., Australia, Germany, Belgium, Netherlands, Sweden, Poland and France. Season 2 of the Will Arnett-hosted U.S. version is already confirmed at Fox.

Finished tape deals for several versions of the series were closed with A+E Networks’ Blaze channel in Italy; in Belgium with DPG; in Russia, CIS and Baltics with Sony; and TV4 Sweden and TV2 Denmark for linear in the Nordics and Cmore for streaming.

Discovery U.K. has closed new distribution agreements in the U.K. and Ireland for its Discovery Plus platform, where it is now available on Samsung Smart TVs and Amazon Fire TV devices. The expanded distribution comes after the service’s direct-to-consumer launch on Sky Q in November 2020. Discovery Plus will also be available to Roku and Vodafone mobile customers later this year, with more devices to be announced in the coming months.

Under the new deal, customers can get Discovery Plus this month for only £1 in the U.K. or €1 in Ireland on all applicable devices. Both the Samsung and Amazon releases are backed by high-profile marketing campaigns, which will ramp up around this summer’s Olympic Games in Tokyo, which Discovery Plus will broadcast and stream in the two territories.

“Detective Conan: The Scarlet Bullet,” the 24th film in the “Detective Conan” animation franchise, is poised to get a 22-territory closely-coordinated release in April. The film was scheduled to be released in Japanese theaters in April 2020, but that outing was delayed by coronavirus.

MRS Media has hired Nick Royak to the newly created role of VP of development, with immediate effect. In his new position, Royak will oversee development of feature film projects and take a leading role in creative decisions at the company, reporting to MSR Media producer Philippe Martinez, as well as contributing to the studio’s sales and distribution businesses, where he will report to MSR Media International CEO Karinne Behr.

Royak has spent the last decade working in distribution and production, most recently as senior acquisitions manager at Gravitas Ventures where he acquired more than 200 titles for the company. Before that, he worked closely with Gravitas president Michael Murphy as international sales and business development manager.