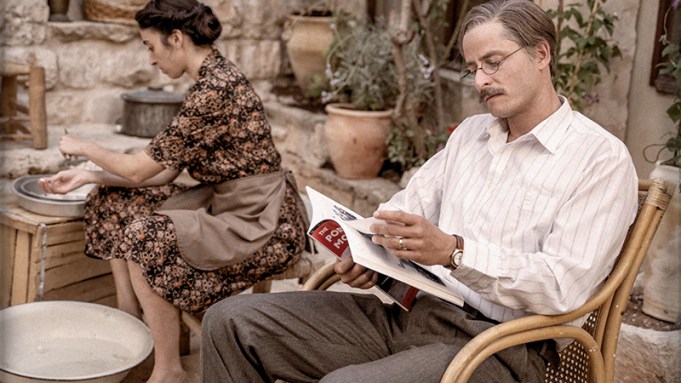 Yes Studios, the Tel Aviv-based producer and distributor behind “Fauda” and “Shtisel,” is unveiling a first-look trailer for “The Beauty Queen of Jerusalem,” a sprawling family saga which marks its biggest investment to date.

The multi-generational costume melodrama was adapted from the bestselling novel of the same name, written by author Sarit Yishai-Levi. The series was produced by Dafna Prenner and Shai Eines from Artza Productions and is represented in international markets by Yes Studios.

Scheduled to launch on Yes TV in Israel in early summer, the series unravels, recreates, and brings to life the story of a family set against the backdrop of the Ottoman Empire, The British Mandate, and Israel’s War of Independence in the the early-mid 20th century.

Filming took place throughout the country, including historical locations in Jerusalem and Safed, during the pandemic with production closely following Covid-19 protocols.

“The Beauty Queen of Jerusalem” was created by Shlomo Mashiach, Ester Namdar Tamam and Oded Davidoff. The series is written by Shlomo Mashiach (“Your Honor”), directed by Oded Davidoff and stars Michael Aloni (“Shtisel”), Hila Saada (“The Baker & The Beauty”), Itzik Cohen (“Fauda”), Yuval Scharf (“McMafia”) and Mali Levi (“The Angel”). The series introduces newcomer Swell Ariel Or in the title role.

“There is a first time for everything and ‘The Beauty Queen of Jerusalem’ is our first foray into costume drama; lush, colorful, romantic and historic – it’s a great combination as we’re all looking for a little escape to another time and place,” said Dafna Prenner, co-CEO of Artza Productions.

Prenner said the series was “a period drama about issues that are as relevant as ever today, a family tale of different generations that keep on making the same mistakes and a love story about the absence of love.”