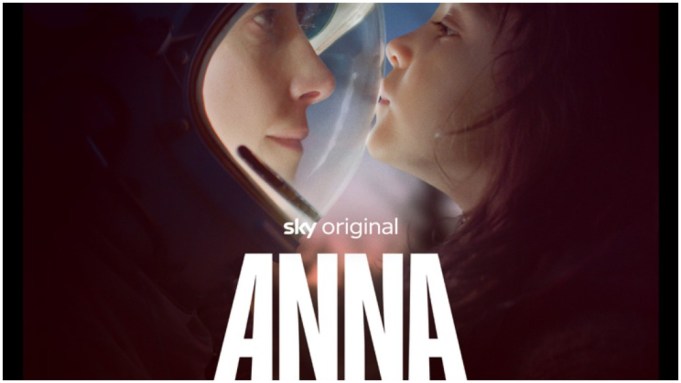 Hotly anticipated TV series “Anna,” the Sky Studios Original centered on a 13-year-old girl who must contend with a viral contagion that kills off all adults on the island of Sicily, is set to launch on Sky in Italy on April 23.

Directed by novelist-turned-director Niccolò Ammaniti (“The Miracle”), who co-wrote with Francesca Manieri (“Daughter of Mine”), the show was forced to halt production in March 2020 due to the coronavirus outbreak. Ammaniti subsequently completed principle photography, returning to Sicily in July after a decision was made to reduce the number of episodes from eight to six. Variety has been given exclusive access to its final international trailer.

“Anna” is a Sky Original series commissioned by Sky Studios for Sky Italia produced by Mario Gianani and Lorenzo Mieli with Lorenzo Gangarossa for Wildside, a Fremantle company, in co-production with Arte France, The New Life Company, and Kwaï.

Following its Italian launch the skein, set in a post-pandemic world inhabited only by kids, will play after the summer in France  on Arte where Ammaniti’s “The Miracle” scored great ratings in 2019. “Anna” will also be playing on Arte in Germany.

Fremantle is distributing “Anna” internationally – including for U.K. – launching sales at MipTV where it is highlighting this show among top titles in its 2021 lineup.

Newcomer Giulia Dragotto a 14-year-old from Palermo – who was chosen among two thousand candidates – plays the tenacious and bold Anna. She sets out in search of her kidnapped little brother, Astor – played by 9-year-old Alessandro Pecorella, also making his first TV appearance. Her search takes place among burnt fields and mysterious woods, ruins of shopping centers and abandoned cities, within the great deserted spaces of the island of Sicily, where a virus has killed almost all adults, among wild communities of survivors. Anna has as her guide a notebook that her mother, played by Elena Lietti (The Miracle). “But day after day she discovers that the rules of the past no longer apply, and she will have to invent new ones,” as promotional materials put it.

“After writing ‘Anna’ as a novel I spent years continuing to think about this story,” Ammaniti said during an online press conference on Monday. “I had really focussed on Anna as its protagonist to delve into this story of a young woman who finds herself in this new world. How she faces it; how she becomes a mother without being one; what she imagines of the future; how she manages to go beyond the limits of this strange existence that lies in front of her. The more I thought about it, the more other [parallel] stories started to emerge,” he added.

Sky Italy Executive Vice President Programming Nicola Maccanico during the presser said that, regardless of obvious analogies to be made with the current post-pandemic moment that we are living, the key to “Anna” is “the relationship between adults and children” and pointed out that at present “we are living at a time when the natural transition from childhood into adulthood is more complex” that it used to be.

Wildside CEO Mario Gianani underlined that “Anna” was a “big challenge” because it’s “a genre that is rarely been done in Italy even though Niccolò as a writer has been doing it for many years,” he said.

“What struck us from the outset was Niccolò’s ability to re-invent a genre,” he added. “With Francesca [Manieri] they tried to create a world for a dystopian series that was more realistic; more real. A world that is completely different from the dystopian worlds that we are used to,” Gianani noted.