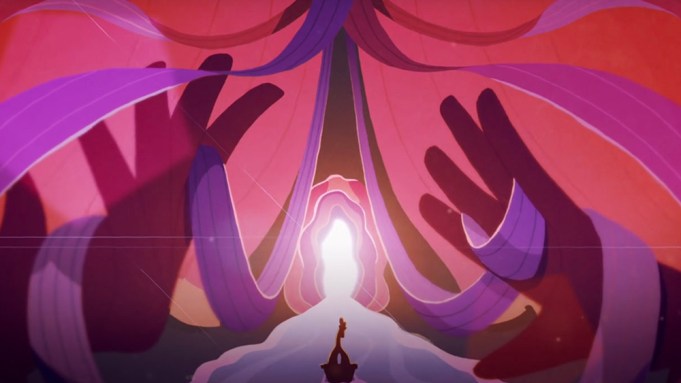 Nisha Ganatra, a Golden Globe winner and an Emmy nominee for her work as a director/producer on “Transparent,” has topped the list of directors working in advertising, ranked by advertising industry festival Cannes Lions. Ganatra previously won a Cannes Lions Grand Prix for Film Craft: Directing for her work on “#wombstories” for feminine hygiene brand Bodyform, known as Libresse outside the U.K. Variety spoke to Ganatra about the film.

Second in the Cannes Lions list was Markus Ahlm for Burger King’s “The Moldy Whopper,” and third was Similar But Different (Charlotte Fassler/Dani Girdwood) for Diesel’s “Enjoy Before Returning.” Fourth was Danielle Rizkallah, fifth was Karena Evans and sixth was Santi Dulce. Seven female directors are ranked in the top 10, the highest in the festival’s history.

The rankings, which are based on performance at this year’s Cannes Lions Festival for the 2020/2021 period, were released Friday as part of “The Lions Creativity Report.” The report, described as “the official global rankings and benchmark for creative excellence,” is being released during Lions Decoded, the festival’s first members-only event.

In addition to her work on “Transparent,” Ganatra directed Liz Sarnoff’s pilot “Highland,” and sold a drama project to ABC and a comedy pilot to NBC with Amy Poehler producing. She was the co-executive producer/director for “Better Things,” with Pamela Adlon, and the co-executive producer/director on “You Me Her.” She also created “Code Academy” for the ITVS/PBS series “Futurestates.” Ganatra has directed episodes of “Girls,” “Dear White People,” “Future Man,” “Mr. Robot,” “Shameless,” “Married,” “Brooklyn Nine-Nine,” “Last Man on Earth,” “Love” and “Black Monday.”

Ganatra is also an acclaimed movie director. Her most recent movie was last year’s “The High Note” for Working Title and Focus Features, starring Tracee Ellis Ross, Ice Cube and June Diane Raphael. Her previous film, “Late Night,” starring Emma Thompson and Mindy Kaling, premiered at Sundance. It sold to Amazon in a record-breaking deal and garnered the highest streaming numbers of the year.

“#wombstories,” created by Abbott Mead Vickers BBDO, is the latest work for Bodyform aiming to “push against taboos and shame surrounding women’s bodies and health,” according to U.K. advertising trade magazine Campaign. It follows 2019’s “Viva la Vulva,” which won multiple awards at Cannes Lions, and 2017’s “Blood Normal.” Whereas “Viva la Vulva” was “a joyful musical celebrating vulvas of all shapes and sizes,” and 2017’s “Blood Normal” aimed to “normalize real depictions of menstrual blood,” “#Wombstories” “reveals the emotional, complicated and sometimes painful realities of women’s intimate experiences.” The work was created by Nicholas Hulley and Nadja Lossgott, who both have the same title, executive creative director at Abbott Mead Vickers BBDO.

“#wombstories” is described on Ganatra’s website as: “A short film that confronts the damaging etiquette of what people who menstruate should – and shouldn’t – feel about their bodies. The piece blends live action and stop motion to unfold real stories of love and hate, of pleasure and pain.”

Recalling the moment when she received the brief from Hulley and Lossgott, Ganatra told Variety: “It was an incredibly compelling collection of thoughts and ideas and images, and we just connected over the need to tell these stories.” She had just given birth to her child and was shocked at how little she and others knew about women’s bodies. Speaking of the film’s approach to the issues covered – which include irregular periods, endometriosis, miscarriages and infertility – she said, “It felt important and beautiful and moving.”

As to the tone of the film, she said: “I’m always trying to ride that line between comedy and drama because I think that’s the closest to life, so to bring comedic moments into this otherwise serious subject-matter was a great challenge.”

The task may have seemed daunting to some. “I’m drawn to work that takes on big, emotional issues, and a vast array of tones. I think it is such an incredible challenge, and ultimately satifying when you get it right,” she said.

Abbott Mead Vickers BBDO’s campaigns for Bodyform, commissioned by parent company Essity, stand in stark contrast with previous ad spots for feminine hygiene products. “They broke that norm – women holding hands, running on a beach, or some sort of nonsense imagery that has nothing to do with periods,” she said. “Their advertising isn’t about increasing the company’s profit, it is about making healthcare better for women, and that is so beautiful, and, sadly, unique.”

Ganatra characterizes the three campaigns for Bodyform as “political art.” She added: “That, to me, is the highest form of advertising: When you are impacting society and changing culture with your art, which all of their campaigns have done.”

Ganatra is relatively new to the world of advertising – this was only her third ad spot. “It feels like the last industry that is having trouble allowing women in and achieving gender parity.” Compared with her career in film and TV, where she can pick and choose which projects to work on, “advertising is so, so hard to break into and get something. […] There are so few women who are hired.”

Speaking about Abbott Mead Vickers BBDO’s decision to put their trust in her, she said: “It brought me to tears, because I have to thank them for taking a chance on me, but also I was really hopeful that it would encourage other people to take chances on some female directors, and let us into this industry. It’s been quite some time we’ve been knocking on the door.”