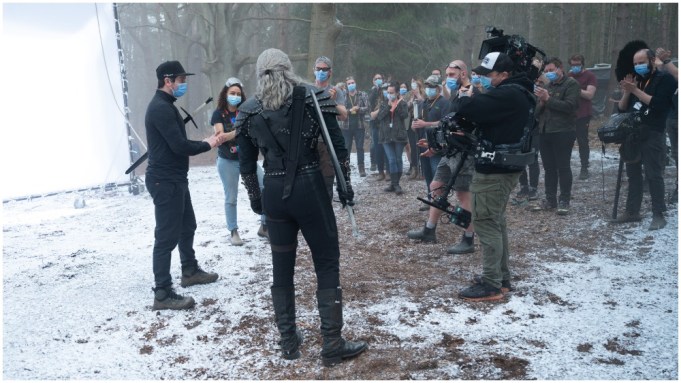 Netflix has wrapped the shoot for the second season of hit show “The Witcher” at U.K. locations. It has been a stop-start process for the production after being paused a few times over the last year due to the ongoing COVID-19 pandemic.

“It has been fantastic to shoot ‘The Witcher’ here in the U.K.,” said “The Witcher” showrunner and executive producer Lauren Schmidt Hissrich. “We have filmed at some incredible locations including Fountains Abbey, Blea Tarn, Hodge Close, Frensham Ponds, and of course, our comforting home at Arborfield Studios. We’ve assembled the best British talent and crew who have been passionate, professional and brilliant partners through such a complex and unprecedented filming experience. Now we can’t wait for everyone to see all of the hard work that has gone into this production.”

Netflix has revealed the logline for the series: “Convinced Yennefer’s life was lost at the Battle of Sodden, Geralt of Rivia brings Princess Cirilla to the safest place he knows, his childhood home of Kaer Morhen. While the Continent’s kings, elves, humans and demons strive for supremacy outside its walls, he must protect the girl from something far more dangerous: the mysterious power she possesses inside.”

The series is based on Polish writer Andrzej Sapkowski’s books and stories.