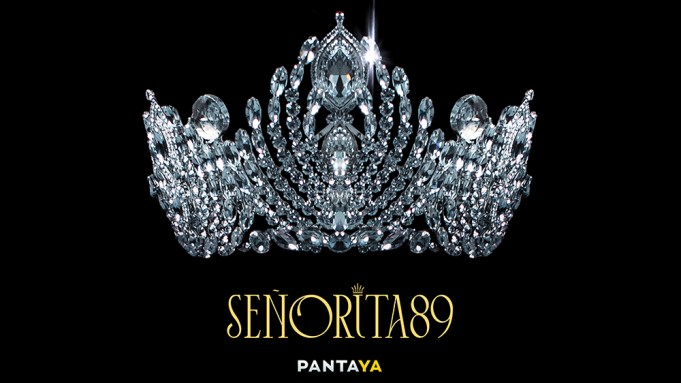 One of the most anticipated of series from Latin America in 2022, Lucía Puenzo’s “Señorita 89” will premiere in the U.S. on Feb. 27, bowing on Spanish-language streaming service Pantaya which has also dropped official teaser key art and a first-look teaser trailer.

Produced by Academy Award winners Pablo and Juan de Dios Larraín and Fabula, Pantaya, Starzplay and Fremantle, “Señorita 89” is showrun by Puenzo who is rapidly emerging as one of the Latin America’s foremost film and TV writer-directors after “La Jauría,” first fruit of a first-look deal between Fabula and Fremantle.

“La Jauría” drilled down on multiple forms of sexual abuse, powered by a thriller format. “Señorita 89’ look as if it might do the same but in a far different context, exposing the unseen and unseemly reality behind the glamor of a 1989 Miss Mexico beauty pageant.

As the teaser trailer shows, the drama thriller is set in a seeming paradise, La Encantada estate in wooded Mexican hills where 32 beauty queens arrive for three-months of grooming before competing for become Miss Mexico.

The paradise soon becomes a living hell. Some of this hell’s circles are teased in this first look, as well as its disruptive and often very human passions – carnal, romantic, narcotic – and a plush high style which forefronts, however, restrictive framing, whether gateways, passages and corridors.

Also introduced, however briefly, is a top notch Mexican-Chilean cast playing what looks like the series’ main characters: Miss Guerrero (Bárbara López, “Amar a Muerte”), with a perfect body and self-destructive bent; Miss Chihuahua (Leidi Gutiérrez, “Chicuarotes”) who grew up working in a sweat shop; Elena (Ximena Romo, “This Is Not Berlin”), a brilliant post-grad student brought in to teach the girls culture; and above all, Concepción, embodied by Ilse Salas (“Güeros,” “Plaza Catedral”), one of the finest Mexican actors of her generation who is co-director of La Encantada. The teaser hints at a character of large contradictions.

There’s also the suggestion of a fairy tale in the cosy establishing shot of the house in the big woods and the positioning of Concepción as a step-mother to her wards; and echoes of film styles and classic works – ‘50s American melodrama, Concepción’s husband as a Doctor Frankenstein, Dante’s “Inferno” – which Puenzo is so good at picking up and reworking to instructive effect.

Just how all of this rich material will play out remains to be seen. Pantaya will premiere “Señorita 89’s” first two episodes on Feb. 27 in the U.S. and Puerto Rico, followed by a weekly episode every Sunday. The full season of eight episodes will be available for binging on April 10. Starzplay will distribute the series in Spain and Latin America. Fremantle handles global distribution.