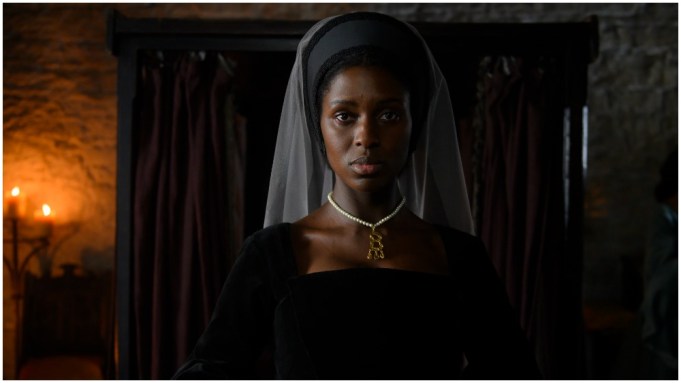 The trailer begins with Turner-Smith, as Tudor queen Anne Boleyn, pleading not guilty to charges of treason. It proceeds to rack up the emotional tension with a childbirth sequence and then asks a series of questions — ‘Dishonest or Devoted?’; ‘Traitor or Trailblazer?’; and ‘Sinner or Saint?’ after which the queen declares: “The world will know my innocence.”

The three-part psychological thriller follows Boleyn, the most notorious of Henry VIII’s wives, best known for her untimely demise by execution.

Produced by Fable Pictures and Sony Pictures Television, “Anne Boleyn” garnered headlines last year for Turner-Smith’s casting, which marks one of a handful of times a Black actor has portrayed a major royal figure on a British terrestrial broadcaster. The show wrapped production on location in Yorkshire in December 2020, and is set to air imminently.

“Anne Boleyn” will explore the final months of Boleyn’s life from her perspective, as she struggles to secure a future for her daughter and challenge the powerful patriarchy closing in around her. The series will depict the key moments that cause Anne to topple, reflecting her strength, fatal vulnerabilities and determination to be an equal among men.

Newcomer Eve Hedderwick Turner has penned the series, which is directed by Lynsey Miller (“Deadwater Fell,” “Doing Money,” “The Boy With The Topknot”).