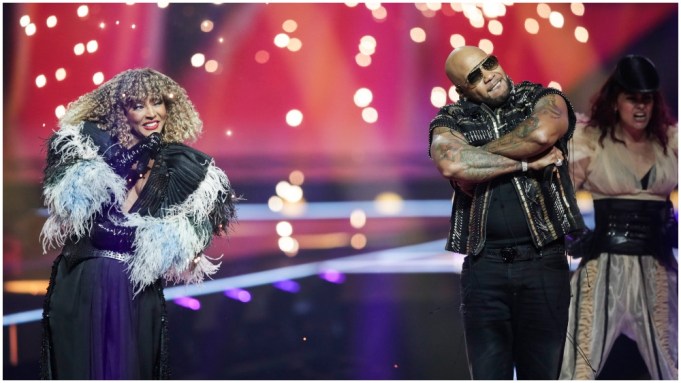 Flo Rida made his Eurovision debut on Thursday in what may have been one of the unlikeliest cameos in the contest’s history.

The American rapper, who arrived in Rotterdam on Tuesday morning, appeared in support of the artist Senhit, who is representing San Marino — one of the world’s smallest countries, located as a small republic surrounded by Italy — in the competition’s second semifinal.

Flo Rida sings a verse in Senhit’s song “Adrenalina.” He told the BBC earlier this year that he had no prior knowledge of the Eurovision Song Contest before he was approached for the song. But that didn’t stop him from making the journey to Europe amid the pandemic, which is showing signs of improvement in parts of the continent but is still struggling with second and third waves of the virus in certain countries.

Sporting a pair of cut-off shorts, Flo Rida was in high spirits on the Eurovision stage as he joined the Italian singer — amid the contest’s usual flashy bells, whistles and pyrotechnics — for his rap verse in the catchy “Adrenalina,” which helped to open the second semi-final.

Flo Rida missed the initial rehearsal in Rotterdam due to a conflict in his schedule (he was judging a bikini contest in Miami) but arrived just in time for the semifinals, much to the delight of European viewers.

The contest, which will stage its grand final on Saturday, has had its share of high-profile artists in past editions. Madonna famously performed an eyebrow-raising set at the 2019 Eurovision, which took place in Tel Aviv, Israel. Some of her dancers brandished Israeli and Palestinian flags on the back of their costumes, violating the European Broadcasting Union’s policies for the contest, which is intended to be non-political.

In an exclusive interview with Variety ahead of the first semi-final, Eurovision producer Martin Österdahl detailed the extensive preparations and safety protocols that went into ensuring this year’s contest goes smoothly.