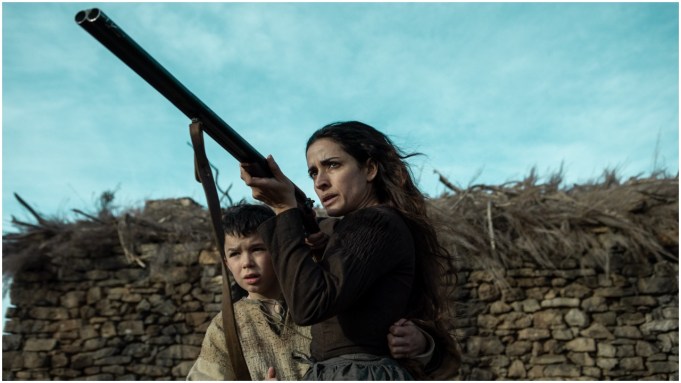 “El páramo” is the highly anticipated feature debut of award-winning short filmmaker Casademunt, and boasts a small yet star-filled cast including Inma Cuesta (“The Bride”), Roberto Álamo (“The Skin I Live In”) and Asier Flores (“Pain and Glory”). The film is set in an isolated cabin where a family of three are visited by a terrible monster which threatens the ties that bind them. It will world premiere on Oct. 11 at the Sitges Film Festival and hit Netflix worldwide on Jan. 26, 2022. Rodar y Rodar produces.

Studio 100 has closed a raft of pre-AFM sales for its upcoming feature “Quixotes – The Heirs of La Mancha,” currently in production and scheduled for delivery in late 2022. Co-produced by Argentina’s Studio 100 and GF Films and Germany’s M.A.R.K.13-Com, “Quixotes” is an animated adventure-comedy retelling the legendary Spanish stories written by Miguel de Cervantes and first published in 1605. Previously it was announced that Constantin Film had picked up the film in all German-speaking territories, and now Studio 100 has confirmed that the feature has also sold in Russia, CIS territories, Poland, Portugal, Israel, Bulgaria, the Balkans and the Baltics. Negotiations are also underway in other territories, and Studio 100 plans to announce further deals after AFM.

Christopher Granier-Deferre’s U.K.-based Poisson Rouge Pictures (“Scarborough”) has optioned Ovidia Yu’s Singapore-set crime novels “The Tree Mysteries” for TV adaptation. The stories feature a resolute young woman masterfully navigating the racist, sexist bigotry of the 1940’s British island colony. Poisson Rouge aims to cover the first six books in two seasons and to deliver the series to screen around 2023. The company is currently meeting with show runners and writers from across the region and from the Southeast Asian diaspora. – Patrick Frater

Sky Kids and Peacock have teamed to co-commission a pair of new kids programs. “The Makery,” produced by Richard Hunt, is a make-and-do series for young children in which host Nim Odedra instructs at-home audiences how to create art, toys and costumes from cardboard boxes. Drama series “Take Note” (Lambur Entertainment) follows 11-year-old protagonist Calvin Richards through a rollercoaster summer as the boy participates on a high-profile American singing contest show. Both shows were commissioned for Sky by Lucy Murphy. They are executive produced by Ian France and Estelle Hughes and will air on Sky Kids and streaming service NOW in early 2022. NBCUniversal Global Distribution is selling both series internationally.

As part of the launch of  its new TV Studios, TFS managing director Cara Shappard has hired Edward Harvey as the company’s head of TV Studios. A 30-year industry vet, Harvey most recently worked at BT Studios, helping to expand the company’s indie client base while proposing new productions, among them: “Love Island Aftersun,” “Last Leg Paralympics” and “I’m a Celeb Daily Drop.” Earlier in his career, Harvey spent 25 years working at ITV’s The London Studios and was key in several major transitions there including the shift from SD to HD, linear to non-linear editing and a shift to 5.1 facilities. Harvey will operate out of the new TV Studio at Twickenham, designed as a bespoke production space for entertainment shows.

Film Development Council of the Philippines (FDCP) and the FilmPhilippines Office (FPO) have picked seven film and TV projects to back financially for the second cycle of the FilmPhilippines Incentives Program. In total, PHP 26 million ($516,000) will be distributed to International Co-Production Fund and ASEAN Co-Production Fund recipients. Additionally, productions receiving the region’s Film Location Incentive Program will be eligible for a 20% cash rebate, capped at PHP 10 million ($200,000) on eligible expenses accrued within the Philippines.