“Cargo” begins with a lovely sequence shot of a woman, Kiki, in Eritrea, turning off the lights at her family home, tucking up her little daughter, Liah, getting into bed with husband Aman, Liah clambering in after her, and falling asleep breathing in her family, smiling slightly, happy.

It’s the last time that Kiki may have any piece of mind in Finnish director Matti Kinnunen’s “Cargo,” the first high-end series from Fremantle Finland, made for enterprising Finnish public broadcaster YLE , which competes for the Nordisk Film & TV Fond Prize for best screenplay of a Nordic drama series, to be announced Feb. 3 at the Göteborg Festival’s TV Drama Vision.

Aman’s sister appears, having deserted from the army, soldiers hot on her heels. Soon Kiki, Aman and Liah are fleeing, desperate to leave Eritrea, dodging guards on the Sudan border.

Cut to Kiki’s father, at Helsinki’s port who goes to get a coffee and has his van stolen along with its human cargo, a family of four, one child near unconscious from a journey from Syria.

Meanwhile in Libya, Kiki is separated from Aman and Liah, and “Cargo” becomes a compelling, edge-of-the-seat series charting the desperate plight of illegal immigrants, in line with other taut social issue thrillers such as SVT hit “Caliphate,” a standout among last year’s Nordisk Film & TV Fond contenders.

The series is instantly marked out by its double-backed thriller plot lines, Kiki fleeing Eritrea, losing Aman and Liah in Libya; her father, having his van stolen by petty-thief Rikku. You seem to be saying: We’re going to talk about one of the most serious problems of our times, but don’t worry, we’ll keep you on the edge of your seats while we do so….

Kinnunen & Dominicy: We think that the bigger and more universal the topic is, the more specific and limited the perspective should be. Our characters are not saving the world, but fighting for a very fundamental and personal cause of things: Home, family, survival in general. It is our responsibility to tell a story that is believable and meaningful, but we want it to be also thrilling and entertaining, as painful and serious as the subject is. When we pitched the series, there were preconceptions about what it would look like, and we like to challenge those thoughts, hoping that as many people as possible will find the series, whether interested in social issues or not.

“Cargo” is also distinguished by a commanding performance from Evelyn Rasmussen Osazuwa as Kiki. Her role is set apart from most portrayals of immigrants in three ways. As an army staff sergeant – if I understood correctly – she’s kick ass, taking on an armed soldier in Ep. 1; she’s educated; she’s never helpless, always resourcefully fighting back. Again, could you comment?

Kinnunen: It’s true that the word “refugee” easily creates strong and entrenched images. We set out to write Kiki as a person like any of us, living a life with her own daily routine. She by no means wants to leave her country or home, until something happens that changes everything. She faces inhuman losses one after another, the kind that no one in this world should, and she must find the strength in herself that she fortunately has. Above all, she is a stubborn and purposeful. But she’s not made of steel either, she’s able to carry on just as long as she remains a spark of hope of finding Liah.

There are hints in episode two – a social worker looking at a fresco of photos of kids from Africa or Syria who have gone missing in Helsinki; Kiki’s father describing a local mob boss’ modus operandi of importing immigrants then taking their passports and extorting them – that this drama will open up from the desperate plight of immigrants to the broader billion dollar business of human trafficking. Again, could you elaborate?

Kinnunen: The theme of the series expands towards the end, indeed, from human smuggling to human trade, but when it comes to billion dollar business, we have to disappoint you. We were more interested in the fate of missing children than in whose pockets the profits finally end up. The maximum amount of money seen in the series is €50,000 ($60,500), which is the amount for a child on the black market today. We wanted to keep the perspective at the grassroots, which means that the criminals in this series eat the same bread as the others. One tragic fact of human trading is that exploiters are often very similar to the refugees, people who have also lost everything.

Does “Cargo,” your first big series, illustrate your plans at Fremantle Finland and, indeed, what are they in production terms?

Dominicy: It does! We are a production giant in a small country; we already produce two daily drama series and tons of non-scripted from “Masked Singer” to “Got Talent.” So in this ”high-end drama” genre, we have a boutique type of approach: We are looking for really high production value but also significance and meaning, we only concentrate on a handful of projects at a time, meaning special projects only.

The series was originally scheduled, I believe, to premiere on YLE in the fall 2021. What challenges did you face in shooting and completing it under COVID-19? When is the series now premiering on YLE?

Dominicy: Luckily, after all, we will manage to have the premiere as originally planned in the fall 2021 on YLE. The post-production is proceeding efficiently, and all eight episodes will be ready by the summer 2021.

COVID-19 hit us badly in March. As the borders closed, filming became impossible and we had to stop shooting. Luckily, we had started in February from Malta and the biggest scenes abroad were already shot. We re-built the production and resumed shooting right away in June when it was possible again.

There were many challenges indeed. Matti made some necessary changes to the scripts. We lost part of our crew as they were not available anymore; we lost many of the locations because of the regulations; we lost a big amount of the budget, which was small to begin with. We had challenges in acquiring the right technical equipment and we had to accommodate the foreign actors in Finland for the whole duration of the shoot period as we couldn’t fly them back and forth.

But in the end, luck was also on our side and the crew and cast did their all to survive in challenging conditions. 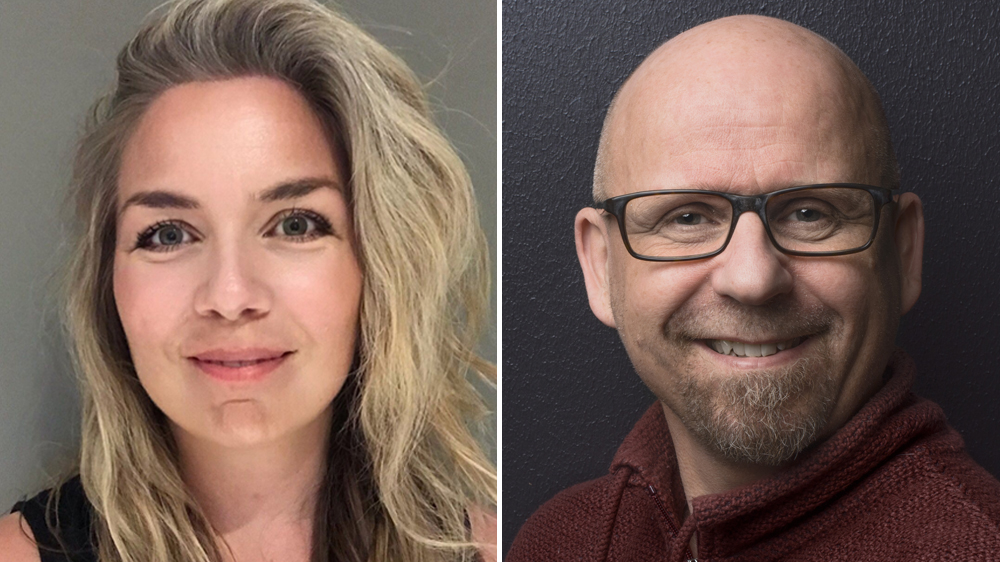