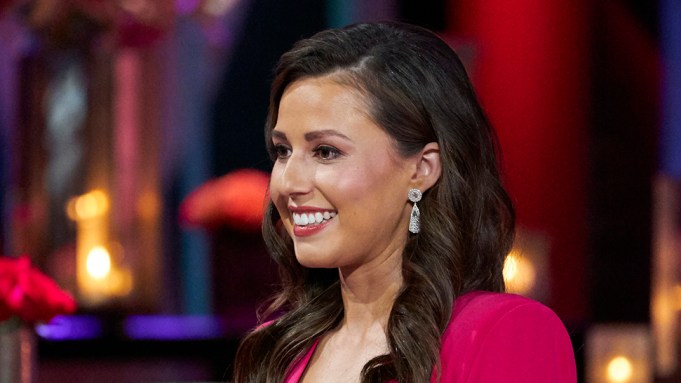 In the midst of off-screen drama surrounding the franchise, “The Bachelorette” returns with a new season on Monday night — one that will look different than ever before.

In addition to a new lead in Katie Thurston, for the first time ever the series will not feature Chris Harrison, who has been the host of the hit dating show since day one. Following racially insensitive comments made during an interview, Harrison remains on the sidelines as the new season carries on. Instead, former “Bachelorette” stars Kaitlyn Bristowe and Tayshia Adams step in as temporary co-hosts to help Thurston on her journey to find love.

James ultimately ended up with contestant Rachael Kirkconnell, who came under fire for former photos emerging of her at a plantation-themed party. When Harrison defended her, the controversy exploded into a media firestorm. (James and Kirkconnell are back together, despite a brief breakup that played out on television when discussing the complexities around race issues.) Unlike other “Bachelorette” leads, Thurston was not one of the runners-up in vying for James’ heart; she left that show a little more than halfway through the season.

Now, though, she is the one handing out roses. Here, Thurston previews her season.

At what point were you asked to be the Bachelorette, and were you surprised when you were asked?

It’s definitely a conversation that happens throughout, and I was definitely surprised. There are a lot of amazing women who were on my season, so to be not only considered, but officially announced with Michelle [Young, who is another upcoming Bachelorette] was so excited and something I am forever thankful for.

After being through this, do you think that this process works, to find love on reality TV?

Absolutely. I’ve seen it work, especially with “The Bachelorette” seasons. I think women are really good at leading with their intuition, and you’ll see that the Bachelorettes have a better success rate with their relationships working out, and that’s all I can hope for in going.

You have to make a great first impression from the beginning. Time is so short. I just thought it was a great way to summarize who I am — I’m comfortable, I think I have a good sense of humor, sex positivity is such a thing for me. I talk about sex in a very casual way. I knew there was a risk of it backfiring, but if that was the case, Matt wasn’t my person, which ended up the case anyway. They were supportive of it. It was great. It definitely made an impact, and honesty, it did start a lot of conversations that I think need to happen, especially in 2021.

Were you surprised by the positive feedback about your sex positivity?

It was interesting because I didn’t realize on a grand scale how important this conversation was. For me, it’s how I’ve just always kind of been, and then to make it a starting conversation for people, it was exciting. And now, I just even encourage it more for women, especially.

Was it helpful to have Kaitlyn and Tayshia as hosts, given that they’ve been through this journey?

The hard part was once it was announced, I didn’t even have my phone, so I couldn’t get advice from anybody. So, having Tayshia and Kaitlyn there was so helpful because otherwise, I’m just learning as I go. They became like sisters throughout the whole thing. At my lowest lows and highest highs, they were there celebrating with me, wiping my tears, hugging me and just really offering advice that helped me make it through to the end because it’s not an easy journey when you’re trying to fall in love and you have these great men there in front of you.

Was it strange not having Chris Harrison there?

It’s hard for me to really answer that because as a cast member on Matt’s season, I didn’t see him too much. I’ve never been a lead, [so] I don’t know what his role [would be] had he been here. I only know what I went through with Tayshia and Kaitlyn, which was great — it was women supporting women — so I don’t know how big of a difference it would have been, say, for someone like Matt.

Amid chaos surrounding Chris Harrison and Rachel Kirkconnell, you and the other female contestants from Matt’s season banded together to stand up against racism. What was that process like when you all put on a united front?

Despite our differences and the drama in the house, we, at the end of the day, understand that emotions are high when you’re dating the same guy. And so, once we were all home and staying in touch, we wanted to come together to speak on important topics. That’s the greater picture than some drama that happened one night. That’s kind of the mentality that we’ve all had. We’ve stayed close and connected, and I think that’s what is the most important.

Have you stayed in touch with Rachael or Matt?

Are you surprised that they are back together?

Their goal at the end of the day was to fall in love, right? So, I support them getting back together and working through whatever struggles that they have. I’m happy for them.

What do you think about there being two seasons of “The Bachelorette” this year?

What would be your advice for Michelle?

It was something I had to learn, as well, which is [to] trust the process, let go of control and remember what the focus is, which is who your one-and-only is. That was hard for me because there was more than one guy that I saw something with.

“The Bachelorette” airs Mondays at 8 p.m. on ABC.