‘Squid Game’ Already Made TV History. How Many Awards Records Can It Break? 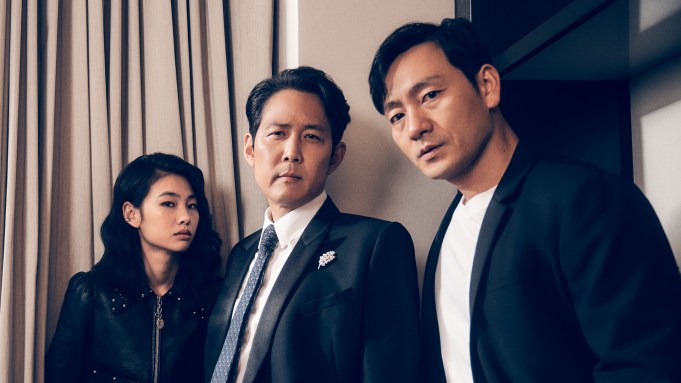 On Netflix’s Korean thriller “Squid Game,” the show’s fictional contestants compete in a series of life-or-death grudge matches from red light, green light to tug of war. But that’s child’s play. Now, the stars and producers behind the global smash are about to face the real-life blood sport that is awards season.

The breakout Netflix hit has become a front-runner in what may be the most competitive TV awards season ever as shows that had been on hiatus return and new streamers put up their wares for the first time. And regardless of the outcome, “Squid Game” is poised to make history.

“Squid Game” already earned its first U.S. honor in late November, when the Gotham Awards named it this year’s breakthrough long – form series — beating contenders including HBO’s “The White Lotus,” Showtime’s “The Good Lord Bird” and Amazon Prime Video’s “The Underground Railroad.” Now, Netflix is positioning the show to enter the major TV awards shows and make waves in perhaps the same way another project from South Korea, Bong Joon Ho’s “Parasite,” picked up kudos all the way to an Oscars best picture win in 2020.

Until this year non-English projects have never won — or have even been nominated in — a major category at the SAG Awards, Golden Globes or the Primetime Emmys. But there’s never been a phenomenon quite like “Squid Game” in American TV.

“We knew it would be a big regional hit,” says Netflix head of global TV Bela Bajaria. “Our team in Korea always said this would be a big tentpole for us. [Creator-writer-director Hwang Dong-hyuk] had a very clear vision for this and [they knew] it would do very well in Korea and all through Asia. They knew it was something special. But we couldn’t imagine or anticipate this because it’s never happened before. It’s so hard to imagine something to this kind of scale.”

“Squid Game” dominated the fall TV conversation, leading Netflix’s Top 10 chart in the U.S. for 24 days and hitting No. 1 in 94 territories. According to the streamer, it’s the most-watched series globally in Netflix history — pulling in 1.65 billion hours of viewing in the 28 days since its Sept. 17 premiere. Hwang and stars Lee Jung-jae (who plays Gi-hun), Park Hae-soo (Sang-woo) and Jung Ho-yeon (Sae-byeok) have already been making the promotional rounds, appearing on “The Tonight Show Starring Jimmy Fallon,” hitting the red carpet in Los Angeles and participating in media junkets as a bit of a victory tour.

“When I first heard that it ranked No. 1 in the United States, I was asking myself, ‘Is this for real? Am I dreaming?’” Hwang tells Variety. “It’s just amazing to think that something I created when I was in my darkest times, has become the biggest show.”

Besides the Gotham, “Squid Game” already won a People’s Choice Award and was nominated in multiple categories at the 2022 Critics Choice Awards and at the 2022 Golden Globes. And just as “Parasite” won the SAG Award for motion picture ensemble two years ago, “Squid Game” could at least earn a nom for its cast in the drama series ensemble race.

“Squid Game” has a leg up because although it’s a local Korean production, it’s produced by Netflix — a U.S. company. The stage had been set for the eventual non-English TV awards entrant in recent years as streamers made it easier to access overseas programming. According to Bajaria, non-English language viewing on Netflix has grown 71% since 2018, and U.S. viewing of Korean dramas is up 200%.

“I was very glad to hear many people telling me that they watched it with subtitles and not the dubbed version,” Hwang says. “Maybe the ‘one-inch [subtitles] barrier’ that director Bong talked about has now finally really come down. I am very proud to have played a role in that. I really hope that this serves as an opportunity or a beginning point for stories all around the world to be shared and enjoyed by people all around the world.”

And now Bajaria says she feels “this is the moment” for “Squid Game” to help break down the foreign-language awards barrier in the U.S.

“We couldn’t really imagine they would be competing on the U.S. awards with this series,” she says. “But now it’s possible. That is what gets me up in the morning. When we think about excellence in storytelling for the Emmys, to me, the show has all of those things. I love the representation, I love the momentum, the cultural zeitgeist of this show in Korean taking over in the way it did.”