With three shows on the air this past television season, (ABC’s “Grey’s Anatomy,” “Rebel” and “Station 19”), Krista Vernoff couldn’t let pandemic disruptions slow her down. Although working remotely posed its share of challenges, some elements of her style remained consistent. “If you went to my office at Prospect [Studio] at ‘Grey’s Anatomy,’ it does not look dissimilar,” Vernoff says. “I don’t have a desk. I spend so much time there I want it to look like my living room, I want it to feel like home.” She prefers to write on the couch, but for a time it was not HER couch: “For six months I got an Airbnb at Venice Beach,” she says of her pandemic lifestyle. “I hit a wall and I needed to be able to walk and see things that are different than what I’ve been seeing. [It] feeds my creative juices.”

These days you’d be hard-pressed to find a writer who isn’t stuck staring at a screen all day, whether penning a script or chatting with collaborators in a virtual writers’ room. While that is true for Vernoff, she likes to write on a couch facing a window that allows her to people watch and receive “different energy, different inputs.” “Sometimes as a writer you just need to see different architecture — you just need to see a different vista, a different view,” she says. “I think that one of the things, historically, that’s at odds for television showrunners is that we’re really being paid for our creativity, but the nature of the job can be such a grind that it can shut down the things that we need for inspiration for creativity.”

When Vernoff is perched on her couch, gazing out her window, her eye will undoubtedly catch her life-size cutout of the late Ruth Bader Ginsburg. Propped up in the corner of the room, this cutout was a gift from Vernoff’s stepson for her birthday last year, just a month after the Supreme Court justice died. “Whenever I’m hitting a wall, like, ‘I hate this, I don’t want to work anymore, I feel sorry for myself,’ whatever is the thing, I look over and her arms are crossed and she’s looking over her glasses at me and she’s like, ‘I was at the gym in my 90s. I changed the law so I could be a judge,’” Vernoff laughs. It’s a reminder that she, too, can “keep going.”

Although Vernoff first started playing the guitar approximately 25 years ago, she began to take it more seriously within the past decade. When the pandemic hit, she found that music became an important release. Because her stepson is severely asthmatic, “in those early months of the pandemic we weren’t even really talking walks,” she says. “So, looking for new ways to rest my brain and shake things up,” she picked up the guitar and started taking singing lessons again as well. “ I pick up the guitar the way someone else might exercise. It calms my anxiety. It utilizes different parts of my brain. It’s like a reboot.” Her go-to tunes? Everything from Bonnie Raitt to Ani DiFranco to original songs she has written through the years.

Vernoff has two dogs, a 2-year-old named Albus and a senior she thinks is a Maltipoo named Minty (pictured), who is named for her daughter’s favorite ice cream flavor (mint chocolate chip) at the time they brought home the pooch. Vernoff is not quite sure how old she is because when she was first adopted, the vet told them she was 7 or 8 years old, but now, seven years later the vet thinks she’s only 10 or 11. Regardless of age, she is “the sweetest dog in the world,” Vernoff says. Although she couldn’t possibly pick a favorite fur child, Minty is the one who “will sit for hours” next to Vernoff as she plays guitar, while Albus is “running around in the yard, barking and chasing and being a puppy.” 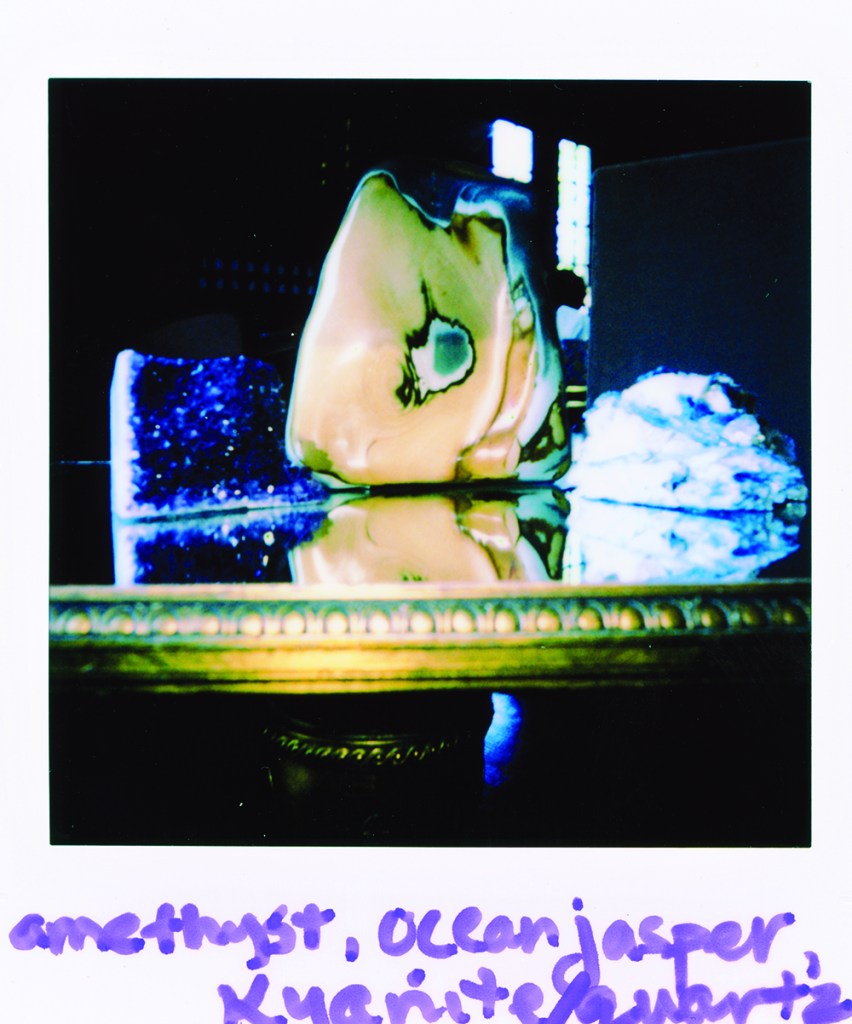 The Art of Calm
Crystals of various colors and sizes sit on Vernoff’s coffee table and also can be found elsewhere throughout the house. “I probably spend more money on crystals than I do on clothes,” she laughs. While they are large enough to be conversation starters and beautiful enough to be considered works of art, Vernoff uses them for practical purposes, too. “One of the things that therapists will do if you’re spiraling with anxiety is ask you to get really present — to start naming things in the room, to start to see things that are outside of you,” she explains. “A crystal is so multifaceted: there’s so many different colors and so many different things in it, if you really study it, it becomes almost like a presence exercise. Just looking at it is soothing.”