You can’t catch an episode of Kenya Barris’ comedies without hearing, “Ssh, daddy’s working” at the end, in the form of his Khalabo Ink Society production company that closes the show. Despite this common refrain, though, Barris says he doesn’t want complete quiet while working.

“I actually like the white noise. It’s almost like when you’re driving a car really fast and that zoom sound makes you focus on the road a little bit more,” he explains.

He also doesn’t want to work in solitude, which is why he set up COVID testing at his house and had a few of his writers, who he notes are also close friends, work out there during the pandemic.

“I had a pretty big room and two or three people; we’d sit across from each other. And I’m lucky to have an amazing chef to cook things for us,” he says. “I tried to recreate the community as best as I could.”

Three years ago when Barris signed his Netflix deal, he gifted himself a life-size Knowledge Bennett piece and two works from King Saladeen. The former features Barack Obama’s head on Elvis Presley’s body, which speaks to the drastically different experiences men in America have because of their race. Obama’s Blackness, Barris notes, “overshadowed everything he did or didn’t do. He was never going to be just the president; he was always going to be the first Black president.” The latter, which you can see behind him in the portrait, feature a man’s head filled with depictions of “the things that make [America] go, from money to war to entertainment.” The artist also included titles of Barris’ projects and the saying, “Ego kills talent,” which Barris believes because, “You need a little bit of, ‘Is this good?’ to keep your mind sharp.

Barris has tattoos of roses on his hands, which represent that “when I’m writing, I’m growing something out of my hands,” and he keeps books that represent such artistry to him nearby. His taste in these books range from Hypebeast (which he laughs about flipping through now the way he used to scour the Sears catalog when he was a kid), to “Warhol on Basquiat” (“There was something in the water in the ’80s in New York, and I think that same something is happening right now with people of color and women in film and TV”) and photography books by Mark Seliger and Noah Davis. Seliger is one of Barris’ favorite photographers, while the late Davis was someone he called a friend.

Food is also a big part of inspiration for Barris, who notes there is a constant daily joke in the writers’ room about, “When is lunch?” before they start working, even if it’s only 10:01 a.m. He hired a chef during the pandemic, partially to help him keep his weight down — otherwise, he says, he could eat multiple sandwiches per day — but he also wanted to feed those around him, including the writers who came to work out of his home. “Anyone who’s ever been on a set knows, even if it’s a low-budget set, that is a place you do not skimp on. People will work a little bit harder because they know you care about them,” he says.

From 2015 to 2020, “Black-ish” won the top comedy prize at the NAACP Image Awards. (The show was nominated this year too, but “Insecure” unseated it.) As the creator of “Black-ish,” among others, Barris has several awards on his mantel, including the PGA’s Visionary Award and a Peabody. But it is the continued recognition from the NAACP that has come to mean the most to him. “I was chasing mainstream, and if I’m being honest, white approval. So often in the past I would not look at that [NAACP award] like I would look at the mainstream award, but I really leaned in and I was like, ‘These are people who were consistently there and supporting me,” he explains. “There’s something when you find pride in yourself and pride in what you believe in and your people. 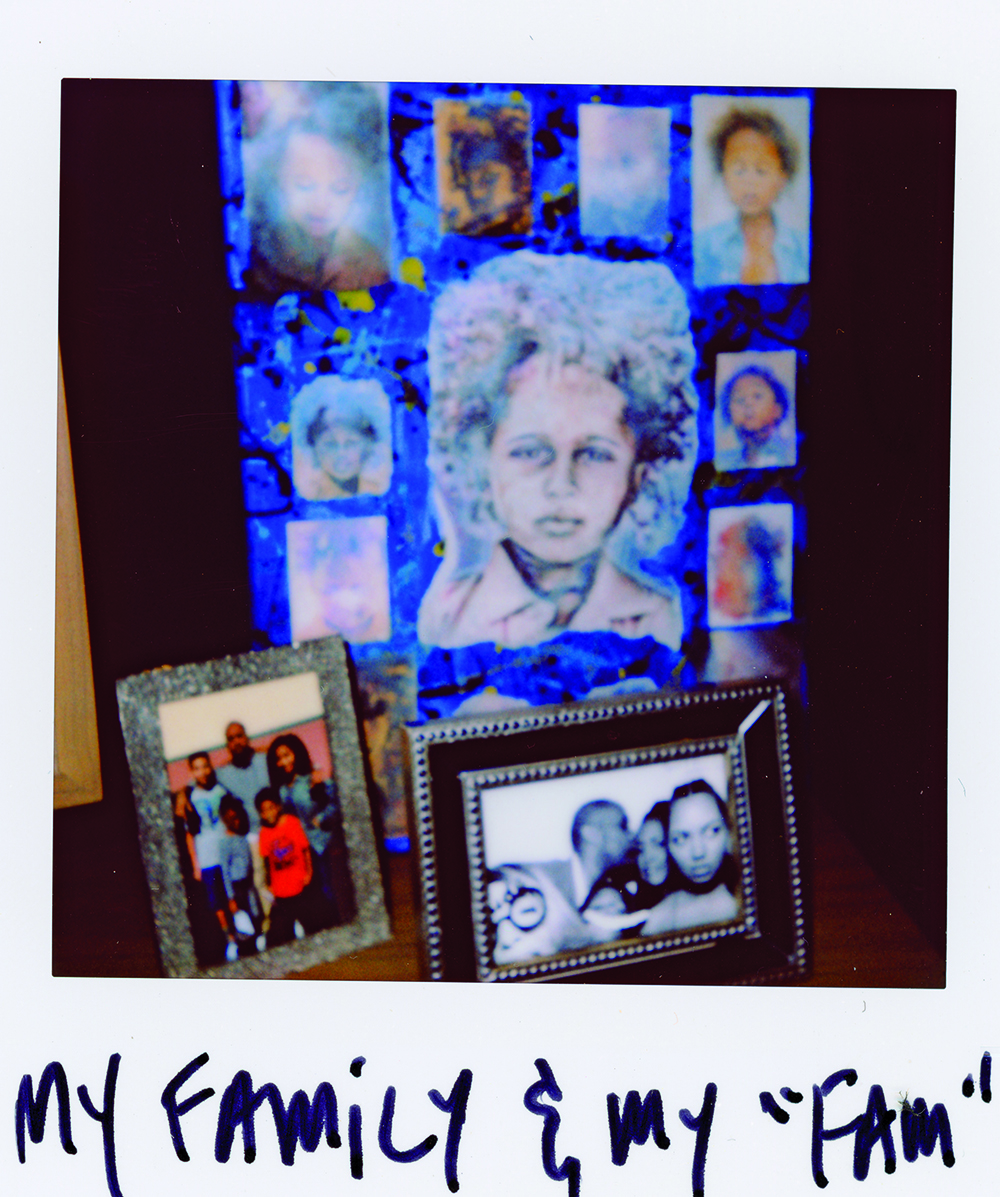 Family Matters
Barris keeps a lot of photos of friends and family members “scattered all around” his house. In his office sits an important trio of a collage and frames of images of his children and images of “Black-ish” cast members. Sitting on a shelf on a bookcase to the left of where he writes, he notes, “It’s something that I turn to and look at often” because they provide two-fold inspiration. On the one hand, he says, “I probably should write [my kids] checks because so much of what happens in real life comes from them and goes back on the screen.” And on the other hand, as much as you may create art for yourself, sometimes “you need things beyond yourself [for] the days when you want to say, ‘Fuck this, man.’” His family is what keeps him going in that way