Continue to Variety SKIP AD
You will be redirected back to your article in seconds
May 27, 2021 9:05am PT 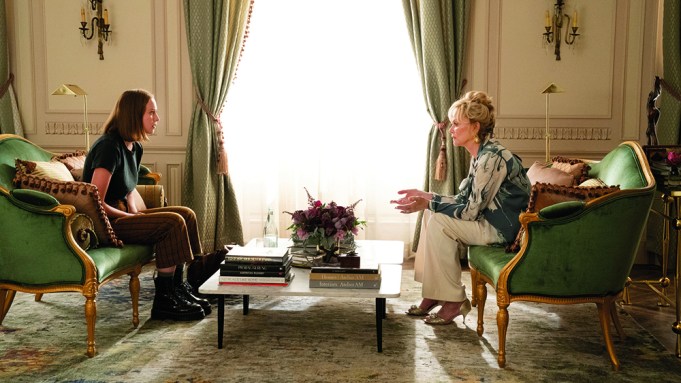 So much of what makes “Hacks” work is the chemistry between its two central characters, played by Jean Smart and Hannah Einbinder. The HBO Max comedy hinges on the connection between these two seemingly disparate women So how did this pair find that connection? By lobbing insults at each other in the dark.

The very first interaction between comedians Deborah Vance (Smart) and Ava (Einbinder) in the pilot swiftly unravels into a sparring match. This moment — in which they brutally hurl barbs at each other, referencing everything from the Cheesecake Factory to Liberace — was so pivotal to establishing the duo’s relationship and setting up the entire premise of the series, that it became the audition scene for actors vying for the part of Ava.

As Smart recalls it, she and Einbinder first met in a “giant, empty, cold soundstage” and “sat about 30 feet apart during the scene.” (This was all done during the COVID-19 pandemic, after all.) Then at the end, “they had us stand together with a big piece of Plexiglas between us to see what we’d look like physically together. [It was] like a weird dating game.”

“I turned up and I was like, ‘Oh, so I’m getting murdered here.’ It’s a dark soundstage, just a single lamp, all the execs are in the dark,” Einbinder recalls. “But I booked the date, baby!”

“Bachelorette No. 1,” Smart lobs back.

That first audition would eventually roll over into hours of rehearsal time spent trying to solidify the spark the duo found on that empty stage.

“We rehearsed that scene more than any other,” Smart says. “And with television you don’t have much rehearsal time, but that was one that they really wanted to do work on and get some of the subtleties and not just wait until shooting day to tinker with it.”

“It was meant to set the stage for the beginnings of their dynamic of understanding each other’s pressure points,” Einbinder adds. “How to get a reaction out of one another and set us up with somewhere to go and grow. A lot of their relationship ends up being about little jokes and roasty digs, even playfully and lovingly eventually.”

Despite Smart’s comfort on camera and decades of experience in both film and television (as well as theater), this is the actor’s first turn as a stand-up. Shortly after her first exchange with Einbinder, Smart took the next logical step when meeting a fascinating stranger: “I went home and I Googled [her].” In doing so, she saw some of her new co-star’s stand-up, which she calls “incredibly unique, clever and just really special. She stood out to me as someone who was not just your typical starlet. There was an intelligence there and a quirkiness, and I could believe that she was a writer. It just seemed right. And I was right.”

But did Smart ever turn to Einbinder for a little on-stage advice?

“Live performance is something that has been a big part of Jean’s life,” says Einbinder. “She’s also a master storyteller in every situation. I think [she] asked me for tips in the sense, like, ‘Got any tips?’ And I’m always like, ‘You’re amazing. You’re flawless.’ The only thing I did tell [her] was mic placement — but other than that, flawless.”