Michael K. Williams is another life lost too soon. While we wait for the official cause of death, it’s been reported that drug paraphernalia was found near the 54-year-old Williams’ body and authorities are investigating his demise as an overdose. The history of Hollywood is marked by so many similar endings. While no two deaths from addiction are alike, one thing that most in our industry have in common is the struggle of artistic souls falling deep into substance abuse before trying to reclaim their lives with recovery. Williams was open and honest about his demons. “A lot of people often think that when a person puts down the drug or the alcohol that all the problems go away. That couldn’t be further from the truth,” the actor said this year during an appearance on Tamron Hall’s talk show. “Drugs and alcohol are not the problem. They’re merely symptoms of the problem. But once those things go away, the real work begins.”

I did not know Williams, but I know addiction. I’ve been sober for eight years, having started my recovery 17 years ago. Why Williams may have picked up again, we may never know. But I do know that I am sick and tired of being sick and tired of having my Twitter feed flooded with remembrances and memorials for those who should still be here. If you are struggling, don’t be afraid to reach out. I promise you that there is a sober community available to you and free of judgment. If you know someone who is struggling, say something. The truth is they may not be ready to accept your offer to help, but you may be the person who plants a seed of hope. Sometimes it’s that hope that inspires someone to take their first step toward a life free from the bondage of drugs and alcohol. 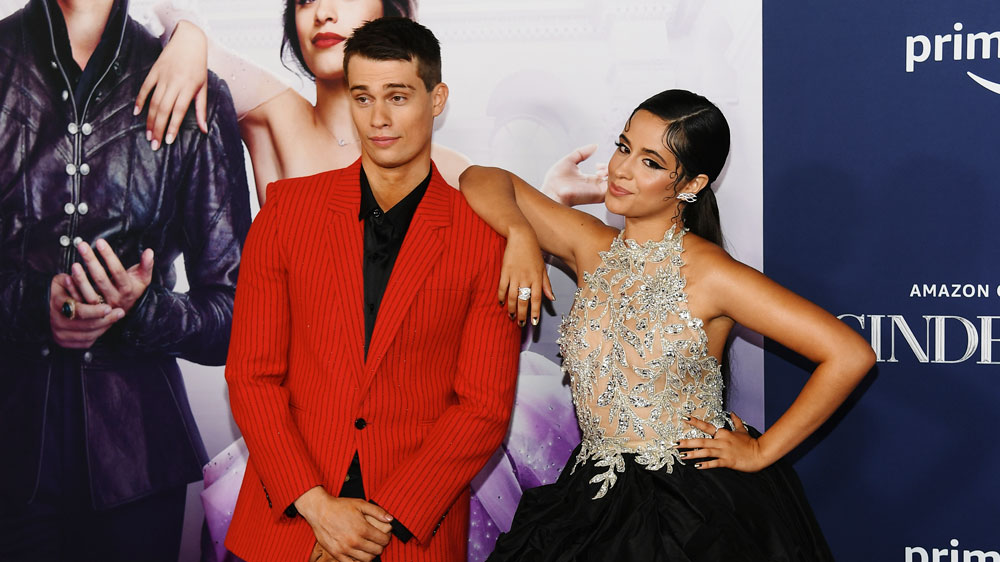 Nicholas Galitzine tells me that he had no musical experience before being cast as Prince Charming opposite Camila Cabello in Amazon’s “Cinderella.” In fact, he was sure he didn’t get the part when he auditioned for writer-director Kay Cannon. “She had me singing an a cappella cover of ‘Somebody to Love,’” the Brit actor recalls. “I’m a huge Queen fan. Freddie Mercury is one of my musical idols, but I don’t think a cappella should generally be sung for more than 30 seconds. Doing a two-minute a cappella version of one of these epic choral songs, it was not going my way. I kept apologizing to Kay. … The imposter syndrome crept in, and I thought I was surely done for.”

Galitzine also teased a scene that was cut but hopefully we’ll see some day. “It involves me and my merry men and Wilbur, who is my confidante, trashing this amazing palace room,” he says. “It was very much my Rolling Stones-Mick Jagger moment.”

The 26-year-old actor admits he initially worried about working with Cabello. “She won’t get offended by this because we’ve become very close, but there was the notion of how down to earth [is she] because I think we have this idea of pop stars,” Galitzine says. “I think in the media we tend to deify people in these public spaces. I was expecting some kind of difficulty to connect but Camila is so down to earth and so funny and ready to have a good time that we kind of clicked immediately.”

Maddie Ziegler plays Velma in Steven Spielberg’s upcoming remake of “West Side Story.” How far does the new version stray from the original? “We kept it extremely close to the original one, because why would you touch something so perfect?” Ziegler tells me. “But we’re still bringing new faces, new energies.” The legendary director was at Ziegler’s New York City audition. “He actually was like, ‘I watched your movie [“Music”]. You’re incredible. I want to do a screening for everyone,’” she recalls. “I was just like, ‘I can’t breathe. I’m so excited.’”

Have some news to share? Reach out to me at mmalkin@variety.com.