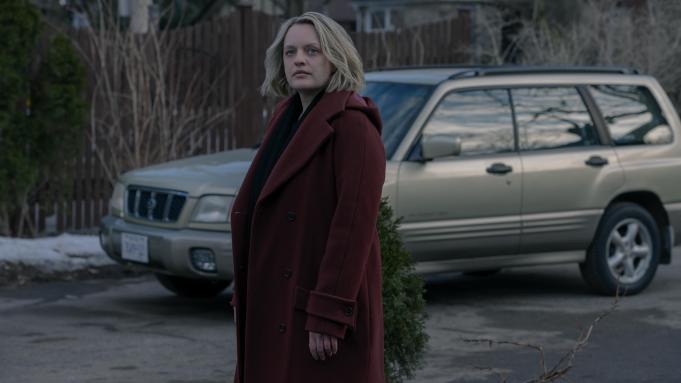 Hulu made history during the Sept. 19 Emmys ceremony — but not in the way they had hoped. With its sizable nomination tally of 21 nods, the series expected to pick up a couple of trophies between the Creative Arts and Primetime Emmys ceremonies. Instead, the dystopian drama lost all of its awards, setting the record for the most losing series in a single year, topping AMC’s “Mad Men” zero for 17 that occurred in 2012.

Only three shows earned more nominations than Hulu’s flagship series, with Netflix’s “The Crown” and Disney Plus’ “The Mandalorian” receiving 24 noms each and “WandaVision” picking up 23. Also, like “The Handmaid’s Tale,” NBC’s “Saturday Night Live” landed 21 noms, but managed to pick up a handful of trophies between the ceremonies.

Other empty-handers in Emmy history include “Northern Exposure” and “The Larry Sanders Show,” which went zero for 16 in their respective years.

In 2017, “The Handmaid’s Tale” won the Emmy Award for drama series, making it the first streamer to win the big award. Since then, the series has been nominated for the award in 2018 and 2020.

“At the moment, the writers are working away breaking Season 5,” he said. “I think what’s really exciting about ‘Handmaid’s Tale’ is that piece, year after year after year, sees viewership growth, unlike anything we’ve ever seen. We’re having conversations right now about what the future of ‘The Handmaid’s Tale’ holds. Also, how ‘The Testaments’ plays into that kind of larger strategy. What [executive producers] Bruce [Miller], Warren [Littlefield] and Lizzie [Moss] have delivered for us over the course of the past several years, really warrants a tremendous amount of trust both ways. And so I have the deepest belief that they’re going to come to us with a plan about how much longer the show needs to go on. And I’m certain that that would be a plan that we’re all on the same page about.”