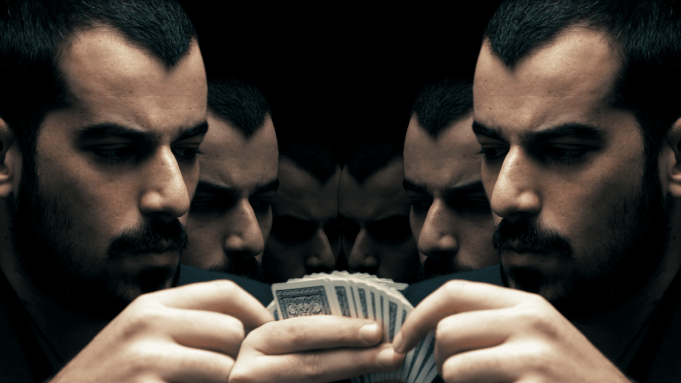 Yes Studios, the leading Israeli production and distribution banner, has unveiled a first still and a trailer for Daniel Sivan’s anticipated feature documentary film “Dirty Tricks,” which will have its world premiere at Hot Docs.

“Dirty Tricks,” set to unspool in the special presentation section at Hot Docs, takes an inside look at the world of competitive bridge, exposing a massive cheating scandal threatening to bring down the sport’s billion dollar industry.

In “Dirty Tricks,” Sivan, whose credits include Netflix’s “The Devil Next Door” and HBO’s “The Oslo Diaries,” follows Lotan Fisher, the world’s best bridge player who is nicknamed “The Michael Jordan of Bridge.” When Fisher was accused of cheating, it caused a scandal that shook the entire sport to its core, confounding experts, criminal science, celebrities, and bridge aficionados worldwide.

“‘Dirty Tricks’ is a hilarious, true-crime comedy that sheds light on the intense world of professional bridge – a sport with an unfortunate reputation seemingly dominated by pensioners and cream cakes,” said Yes Studios’ Danna Stern, who is executive producing the documentary, alongside Guy Lavie for Yes Docu.

Submarine Entertainment is handling world sales on “Dirty Tricks.” “We can’t wait to share this story brimming with scandals and rivalries, that is sure to do to bridge what ‘The Queen’s Gambit’ did for chess,” said Submarine’s Ben Braun.

“The comedic tale of the bitter rivalry between two friends gone completely wrong, which subsequently unleashes a scandal in one of the most unlikely arenas (the competitive bridge world), is riveting and refreshingly fun,” said Braun.

Yes Studios’s roster includes the U.S. adaptation of “Your Honor,” which aired on Showtime, as well as the hit family drama “Shtisel” whose Season 3 launched on Netflix on March 25, and “On the Spectrum,” which is coming to HBO Max with a U.S. remake in production for Amazon.