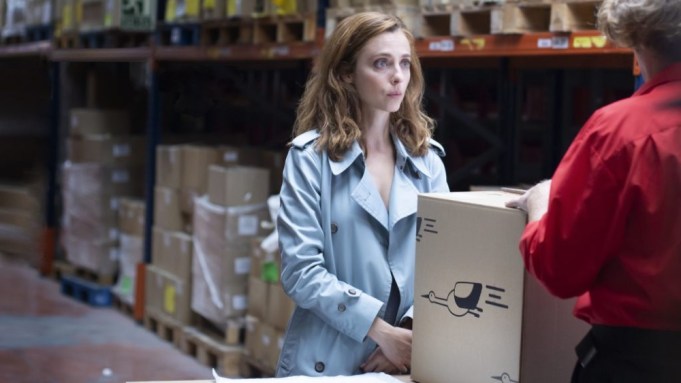 HBO Max will launch Season 2 of award-winning Spanish comedy series “Perfect Life” in the U.S. on Dec. 2, two weeks after its Nov. 19 domestic premiere on Movistar Plus in Spain. The streamer also dropped a new international trailer for the upcoming season, which gives a brief taste of the evolving relationships and real-life challenges facing protagonist Maria and those closest to her, including her best friends Cristina and Esther.

Picking up six months after Season 1 left off, María is now a mother, although motherhood isn’t what she expected, Cristina and her partner are discussing opening their relationship and Esther is staring down her fears of commitment as a question about marriage looms.

Season 2 is once again written, directed and stared by rising star Leticia Dolera, joined by co-scribe Manuel Burque on screenwriting duties. Additionally, two of Spain’s most exciting young filmmaking talents in Lucía Alemany (“La Inocencia”) and Irene Moray (“Suc de Síndria”) each direct one episode. Season 1 of “Perfect Life” was a hit in Spain and abroad, winning the Best Series award and a Special Interpretation Prize at CanneSeries, among its numerous plaudits.

BBC News has launched a new Disinformation Unit in India to uncover, analyze and report on the spread of fake news, where a team of journalists will highlight false information, debunk viral social media content and investigate how and why it spreads. The team will also provide audiences with information on how to spot fake news and report it and prevent it from spreading further.

In addition, an initiative called BBC Young Reporter India has commenced media awareness workshops in schools across the country to help young people think critically about the media they consume, recognise fact from fake, and pause before sharing potentially misleading and harmful information. The initiative will deliver training to 7,000 students across 100 schools in India by the end of the year.

Fremantle has announced strong early sales for its documentary series “The Curse of Von Dutch: A Brand to Die For,” produced by Industrial Media’s The Intellectual Property Corporation for Hulu. After being announced as part of Fremantle’s autumn distribution slate, the series has already sold to Amazon Prime Video in Australia, Canada and New Zealand, Disney’s Fox channel in Belgium and the Netherlands, and Hayu in the U.K. and Ireland. Multi-regional sales have also been closed with eTV (Africa), Viaplay (Denmark, Finland, Sweden, Norway, Iceland) and Doku TV (Eastern Europe) as well as Greek broadcaster Cosmote TV and Series On by Naver Webtoon in Korea. “The Curse of Von Dutch” recounts the true story behind the meteoric early 2000s rise of the fashion brand, and premieres today in the U.S., Australia, Canada and New Zealand.

Stage Fifty and Fin Studio Pictures in the U.K. are teaming to design and build virtual production stages, the first being a new facility within the Winnersh Film Studios in the Thames Valley, which upon completion will be the world’s largest fully encapsulated virtual production volume. Partners on the endeavor include disguise, infiLED® EM, Epic Games, Unity, Brompton Technology, and Target3D, which will each contribute to integrating state of the art systems and software at the facility. Stage Fifty worked with Spantech to design a bespoke, soundproof and sustainably built 30,000 sq ft sound stage at Winnersh which will house the VP volume.

Amazon Prime Video has dropped its first-ever Christmas advertisement in Europe, created by CYW and produced for the streamer by Blur. The advertisement features a misfit hyena named Hattie and Carl, a lonely zookeeper, who bond over a shared sense of humor. The two feed their hunger for laughter by watching Prime Video content together, accompanied by a Joy Crookes cover of Nat King Cole’s “Smile.” In the spirit of the animal-human kinship themes demonstrated by the ad, Prime Video will donate £100,000 to Pets As Therapy, a U.K. non-profit that teams therapy animals with human companions to enrich their health and wellbeing.