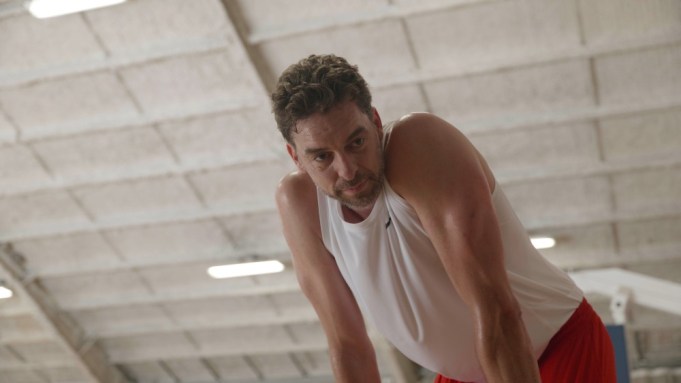 Amazon Prime Video and RTG Features have dropped the trailer for “Pau Gasol: It’s About the Journey,” announced by Variety in April of this year, a four-part docuseries covering the twilight of the former NBA star’s career which will premiere on Prime Video in more than 200 countries on Nov. 12.

A Lakers legend, Gasol’s last NBA game was in March of 2019 when, shortly after signing with the Milwaukee Bucks, a team that looked perhaps one star short of their first NBA title in nearly half a century, Gasol’s season and NBA career were ended prematurely by a stress fracture. A year later, he signed for FC Barcelona’s men’s basketball team, where he began his professional career more than 20 years ago, to prepare for his final appearance with the Spanish Men’s National Team at the Tokyo Olympic Games.

“In this documentary, I tell the story behind my return to the court,” said Gasol in a release. “I think it’s important for people to be aware that sometimes the road is not easy and it’s full of setbacks, but the effort, will, and passion for what you do is what leads you to keep moving forward and working hard to achieve your goals. This is the story of someone who loves what he does and fights till the end to say goodbye the way he had dreamed.”

“Pau Gasol is a legend in the world of international basketball,” added Chris Bird, head of EU Prime Video Content at Amazon. “We are thrilled to be able to share with Prime Video clients an exclusive insight into the last phase of his professional career with this new docuseries.”

As true crime TV soars in popularity, Discovery has commissioned two new true crime series in the U.K., “Deadliest Mums & Dads” (working title) and “The Real Death in Paradise.” Each series will be made available on Discovery U.K.’s Quest Red channel and Discovery Plus streaming platform later this year. According to the broadcaster, crime is a key genre at Discovery which accounts for 49% of Quest Red ratings and drives viewer engagement and subscriber acquisition for the Discovery Plus platform. Produced by Crackit, “Deadliest Mums & Dads” is an extension of the company’s “Deadliest Kids” brand and shines a light on cases in which parents have killed their children while giving voice to the tragic victims of those crimes. “The Real Death in Paradise” is produced by Banijay U.K. company Workerbee and explores both solved and unsolved cases of British deaths while on holiday.

Oliver Stone’s “JFK Revisited: Through the Looking Glass,” which premiere at the Cannes Film Festival in July, will release in U.K. and Irish theaters on Nov. 26, coinciding with the 58th anniversary of the former U.S. president’s assassination. In the film, director Oliver Stone revisits his 30-year-old classic and updates audiences with recently declassified evidence regarding Kennedy’s assassination. Stone is joined by narrators Whoopi Goldberg and Donald Sutherland alongside a team of forensics, medical and ballistics experts as well as witnesses from that historic day. It’s produced by Rob Wilson on behalf of Ixtlan Productions with executive producers Andrea Scarso, Peter Touche and Amit Pandya for Ingenious, and Angela Ceccio and Fernando Sulichin.

Abacus Media Rights (AMR) is partnering with Media Musketeer to distribute the new sci-fi horror series “Pulse,” produced by Primetime Emmy-winner Steve Lanning (“The Secret Garden,” “The Omen”). AMR will handle global distribution outside of Africa, Spain, Latin America and the Caribbean. Directed and produced by Sallas de Jager (“Traitors”), the series is currently in production in Mauritius and scheduled for delivery in Q2 2022. Set at a video game studio in modern-day Johannesburg, the series kicks off as an electromagnetic wave hits the studio, frying equipment and the bioelectric signals in people’s brains. With the outside world a hellscape and a strict lockdown imposed, a team of programmers must work together to battle floor-by-floor for their survival. The series stars Tarryn Wyngaard (“Raised by Wolves”), Thapelo Mokoena (“Wild at Heart”), Carel Nel (“Grant”), Sven Ruygrok (“Spud”) and Earl Wan (“Just Mates”).

Canada’s Hot Docs has distributed nearly $200,000 from its CrossCurrents Doc Funds – established with backing from Netflix at the 2018 edition of the festival – to 16 feature projects. The CrossCurrents Doc Funds program was established to facilitating storytelling from within groups which have been historically underrepresented. This year, 10 films – seven features and three shorts – were selected to receive the development and production funding. A five-year initiative, the program’s primary goal is to address systematic barriers and opportunity gaps which currently exist within the documentary filmmaking community.

The Melbourne International Film Festival is to offer an A$80,000 ($60,000) grant for the creation of a new, immersive, extended reality (XR) work that “celebrates, interrogates and illuminates” the host city. The chosen project will need to be completed in time to screen at next year’s 70th edition of the festival (announced for Aug. 4-21, 2022). The festival launched a VR section in 2016, suspended it in 2020 due to COVID, and reinstated it as a free and globally accessible digital platform at the most recent edition.

“One Zoo Three,” a new series from True To Nature set to premiere in 2022 on CBBC, got a new cast member when, on Sept. 15 at the Paradise Wildlife Park, a new baby snow leopard was born. Now, just ahead of International Snow Leopard Day on Saturday Oct. 23, True To Nature has shared first-look photos of the cub. Currently in production, the series is capturing the behind-the-scenes antics of brothers Cam, Tyler and Aaron, who run the Paradise Wildlife Park in Hertfordshire and work at the Big Cat Sanctuary in Kent. “One Zoo Three” is a True To Nature Production for CBBC in the UK and sold internationally by NBCUniversal Global Distribution on behalf of Sky Studios.