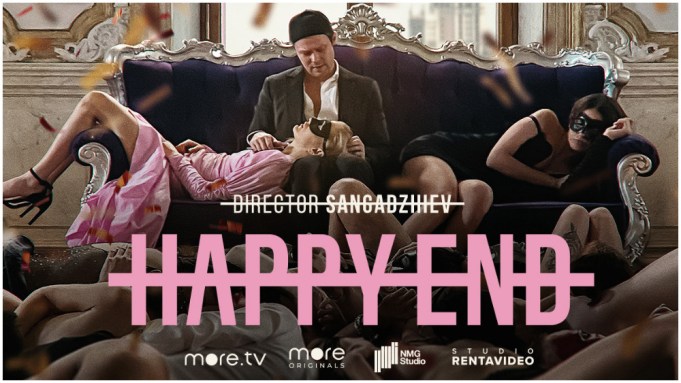 Russian SVOD More.tv is unveiling a slate of original series for foreign buyers at the European Film Market.

The four series are a sign of the fast-growing streaming service’s rising ambitions since launching in 2019. Both More.tv and Art Pictures Distribution, which will be selling the shows during EFM, are owned by the National Media Group, one of Russia’s largest media holdings.

Premiering on More.tv in April, “Happy End” (pictured) is a dramedy about a young couple whose relationship becomes a global attraction once they begin broadcasting their lives on a webcam. The drama series “Ballet,” which is currently in development, revolves around the intrigues at the country’s leading ballet theater.

Also on the slate are two recent More.tv hits. “Psycho,” the first series directed by box office sensation Fedor Bondarchuk, is a psychological drama about a popular psychotherapist in desperate need of help. “Chicks,” a dramedy series about four sex workers trying to start fresh in a provincial Russian town, has had more than 20 million views since premiering last June on the streaming platform.

Vyacheslav Murugov, producer of More.tv’s more originals banner, said the streamer is “constantly looking for ways to tell something new … [and] find our unique point of view.”