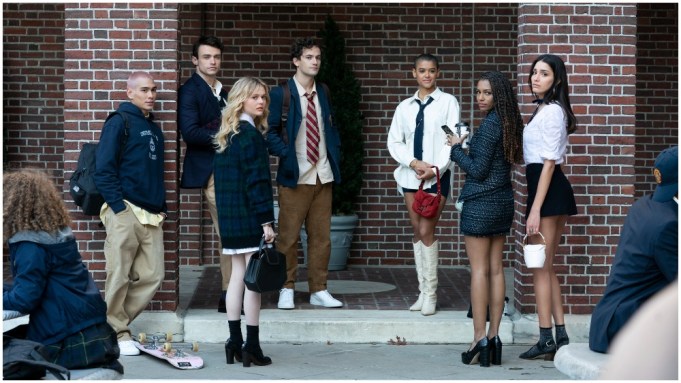 HBO Max is coming to Europe on Oct. 26, and the first launch markets will be Sweden, Denmark, Norway, Finland, Spain and Andorra, Variety can reveal.

The next crop of 14 European countries will receive the WarnerMedia-owned streamer in 2022. They include Bosnia and Herzegovina, Bulgaria, Croatia, Czech Republic, Hungary, Moldova, Montenegro, North Macedonia, Poland, Portugal, Romania, Serbia, Slovakia and Slovenia.

The SVOD — which will include content spanning Warner Bros., HBO, DC, Cartoon Network and Max Originals — will hold a virtual launch event next month where more details will be shared around the product and content offering, as well as its various price points.

Speaking exclusively with Variety, Christina Sulebakk, general manager for HBO Max EMEA, notes that Adult Swim and Turner Classics will also be a part of the offering, along with third-party acquisitions of scripted and non-scripted shows, as well as formats and kids’ programming.

“Our brand with HBO Max is much broader than our legacy HBO brand,” Sulebakk explains when asked how WarnerMedia will carve out an identity for the service in Europe, where rivals such as Netflix and Amazon Prime Video are increasingly dominant players.

“It’s much more energetic and diverse in terms of content and scope. There’s a lot of love in the brand, and energy and inclusion and playfulness. Those are the things we want people to really feel when watching it,” adds the former Canal Plus executive, who joined HBO Europe in 2012.

Those in the U.K. and Germany, however, will have to wait a while longer before digging into HBO Max. There aren’t, currently, plans to launch in the two markets, Variety has confirmed, and other European territories outside the 20 countries listed above will likely go ahead of the U.K. and Germany.

The delay comes down to WarnerMedia’s lucrative output deals in place with other partners in these countries, which sees popular HBO programming available on services such as Sky Atlantic and Now TV. Of course, it’s not just the output deals holding back the U.K. and Germany launches — the technology and product offering also needs to be in a competitive place.

“We are evaluating market by market in terms of commercial strength in programming, [and whether] it’s the right portfolio that we can bring to market — not only the HBO slate but WarnerMedia in general,” says Sulebakk.

While HBO has been making original programs in Europe for years, with more recent shows such as Spanish horror “30 Coins” bolstering the brand’s reputation in the region as a content creator, originals will grow even more as HBO Max rolls out.

Stories need to resonate locally in each local market to bring subscribers in, but they also need to travel globally, notes Sulebakk. “We have an agreement that we’re carrying all the Max originals and produced shows on all the HBO Max services.”

While HBO Europe fare was previously more aligned to the traditional types of programming coming out of the U.S. cabler, the streaming service will broaden its scope, says Sulebakk. There will be more programming about women and youth with a focus on diversity, and that applies not only to scripted drama, but also reality and kids and family.

Danish original, “Kamikaze,” is a good example. The show, which follows an 18-year-old influencer trying to claw her life back after losing everything, recently picked up a best actress award at the prestigious Series Mania TV festival. “It is a Danish show but also travels across the globe, and will premiere in 46 markets at launch,” says Sulebakk.

“Our shows are getting much more broader in appeal and exposure, which is really good, and something we hope will open eyes on international shows.”

As for HBO Max’s movie offering — an essential pillar as global streamers begin to bulk up their own original film slates — Sulebakk says the priority for now is TV shows, though a strong pipeline is coming in from Warner Bros. and the studios.

“In the Nordic region, have the first pay window,” she says. “We’re really striving to get the best movie catalogue from WarnerMedia and Warner Bros.”

That, however, won’t include the day-and-date U.S. release strategy HBO Max has employed for movies like “Wonder Woman 1984,” “In the Heights” and other major releases in 2021. (This, in theory, includes Denis Villeneuve’s sci-fi thriller “Dune” although Sulebakk points out that the exact date “Dune” will launch on HBO Max hasn’t yet been confirmed. A “theatrical release first” is the company’s priority, she says, before adding that WarnerMedia is “looking into the different windows and staging of that.”)

Regardless, “That’s not a strategy we’re taking for our [European] markets,” she says.

Upon launching in Europe from October, the service will have launched in 60 countries in just under two years. HBO Max first debuted in the U.S. in May 2020, followed in June across 39 territories in Latin America.

“WarnerMedia movies and series like ‘Harry Potter,’ ‘Game of Thrones’ and ‘The Big Bang Theory’ are passionately consumed by fans all across Europe, and HBO Max has been created to provide them with the most intuitive and convenient viewing experience to watch these and a diverse range of other amazing titles.”

Watch a promo for HBO Max Europe above.