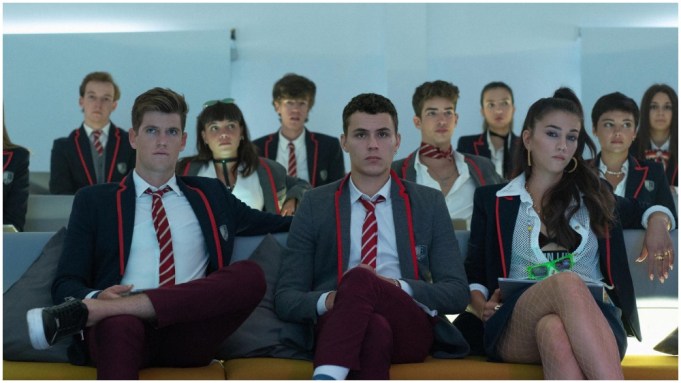 Netflix Spain’s popular YA series “Elite” season four will premiere on June 18 worldwide. Among the service’s most popular programs in any language, “Elite” stands among the few series, international or American, to surpass the three-season mark at the platform.

The U.S streaming giant first announced season four just about two months after season three launched on the streamer and was seen by more 20 million households. The cast, including Miguel Bernardeau and Claudia Salas, announced the pickup via a video from their homes in quarantine. In late February of this year, Season Five was commissioned by Netflix, and two new key castings announced in Valentina Zenere and André Lamoglia.

“Elite,” is set at the fictional Las Encinas academy, the most exclusive high school in the country, whose students come from rich families, apart from three working class kids who have just been admitted after their public school collapsed on itself. The economic, class and cultural gap incites an escalating series of confrontations, eventually leading to murders.

Season four sees a new term and new school director, one of Europe’s most important businessmen who brings with him his wife and three spoiled teenagers, who immediately get caught up in the extra-curricular drama. In addition to the new family of characters, played by Diego Martín, Pol Granch, Carla Díaz and Martina Cariddi, Netflix alum Andrés Velencoso (“Velvet Collection,” “Edha”) joins the fourth season.

“Elite” is executive produced by Zeta Studios (“Three Steps Above Heaven,” “I Want You”), and was created by Spanish writers Carlos Montero (“The Time in Between,” “Physical or Chemical”) and Darío Madrona (“La chica de ayer,” “The Protected”), who are part of the same generation of writers as Bambu Producciones’ Ramón Campos and “Money Heist’s” Alex Pina and Esther Martínez Lobato.