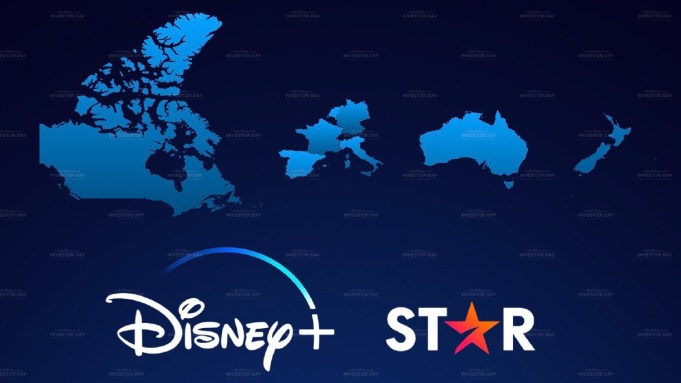 Disney has announced a slate of 10 European projects commissioned for streamer Disney Plus and upcoming general entertainment brand Star.

French commissions include four-part Star original miniseries “Oussekine,” about the true events in 1986 that led to the death of a young student, created and directed by Antoine Chevrollier (“Baron Noir”) and co-written by Faïza Guène, Julien Lilti and Cédric Ido; and Star original documentary series “Soprano: Sing or Die,” which charts French recording artist Soprano and his friends’ history from their humble beginnings in Marseilles to their present-day success.

Disney Plus originals from France include “Parallels,” from creator Quoc Dang Tran (“Marianne”), co-written by Anastasia Heinzl, a fantasy series following four teenagers, whose lives are turned upside down when a mysterious event propels them into parallel dimensions; and “Weekend Family,” a comedy that chronicles the life of a new stepfamily that meet up every weekend, created by Baptiste Filleul (“La Foret”), and written by Nour Bensalem, Géraldine de Margerie, Julie-Anna Grignon, Marion Carnel and Paul Madillo.

Dutch commissions include “Feyenoord Rotterdam,” a sports documentary produced by Lusus Media that followed the much-loved football club of the same name.

Disney has created two new roles in Spain and Germany. Sofía Fábregas has been appointed as VP original productions, Iberia, and Benjamina Mirnik-Voges has been appointed as VP original productions, Germany. Both roles will be responsible for the development and production of the local Disney-branded and Star-branded Originals for Disney Plus, reporting into local leadership and Diego Londono, working in close collaboration with Liam Keelan.

These new roles follow the previously confirmed announcement of Sean Doyle, who will serve as director of original production for unscripted general entertainment across Europe, reporting to Liam Keelan.

Diego Londono, EVP, media networks and content, The Walt Disney Company EMEA, said: “Our commissioning strategy showcases our commitment to producing world-class original content, tailored to local markets but with the creative ambition to appeal to audiences across the globe. Europe has a global reputation as a creative powerhouse, which combined with Disney’s expertise in high-quality storytelling and its relationships with top talent on and off screen will ensure Disney Plus is the go-to destination for compelling and engaging entertainment in Europe.”

Star launches on Disney Plus Feb. 23.