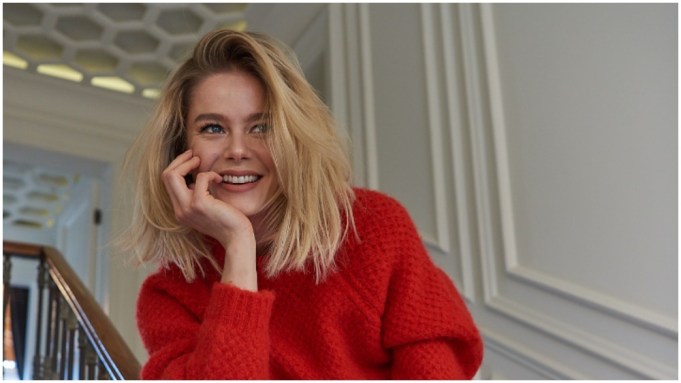 Rising Turkish star Burcu Biricik plays the lead in “Fatma,” the hotly anticipated new Turkish Netflix Original that will drop worldwide on April 27, for which Netflix is releasing the first trailer.

This groundbreaking show produced by Basak Abacigil, and created and directed by up-and-coming multihyphenate Ozgur Onurme, is about an ordinary cleaning lady named Fatma who becomes a serial killer, but not because she is the murdering type. After committing an unintentional homicide, while searching for her missing ex-con husband, Fatma is forced to keep killing people in order to survive. “Murder becomes a release for the years of struggle and grief that she had repressed,” according to press notes. The show has been described by Netflix director of original content for Turkey Pelin Distas as “a punch in your stomach” and an allegory of sorts about “how you deal with life as a woman in Turkey.”

Biricik spoke exclusively to Variety about the challenges of playing this complex role which depicts the “inner struggles” of ordinary women and the moral quandaries it posed. Edited excerpts.

During a recent conversation with Pelin she told me your character is basically an allegory for dealing with life as a woman in Turkey. Do you agree with that?

I fully agree with that! After you watch the show, it’s impossible to disagree. [But] Fatma’s story could be about any woman around the world. Because in a world ruled by male hegemony, I believe many women will see a part of themselves in Fatma’s story. I saw this story as a woman striving for her existence and to survive in a male dominated world. I also see the story of Fatma as a metaphorical way to explain our inner struggles as women.

There is clearly a strong female empowerment theme, but depicted in an innovative way?

I don’t want this show to be put in a single box as just purely a strong female empowerment story. I believe it serves for something much deeper, and the story is [about] much more than that. We’ve been exposed to many male-dominated stories in the past. Unlike all the invisible women in these male-dominated stories, Fatma discovers her invisibility and creates a new self. Plus, she no longer needs the men in her story [in order] to exist. [She is] a woman who is forced to become invisible, ignored; who has no right to speak. On one hand she is struggling with the system, and on the other hand, she is fighting for her existence with a son who has autism spectrum disorder and [also] dealing with her missing husband. I think this is what gives the show its strong female theme.

What did Ozgur tell you about Fatma? Talk to me about working with him as a writer-director?

As soon as I read the script, I noticed that Ozgur can impress the audience right from the start with his strong storytelling; the characters he builds, and the dialogues he chooses for them. His script was very intricately detailed and there was so much detail I could discover about Fatma. Besides being the creator of the story, he also directed three episodes. It was very obvious that he filmed “Fatma” in his mind several times while creating the story. Step-by-step we walked through the story together with Ozgur (Onurme) and co-director Ozer (Feyzioglu) and they gave me the freedom to play Fatma my own way.

Our producer Basak Abacıgil Sozeri was always with us during the creative process and she brought her own unique contribution to the story that elevated the end-product as well. “Fatma” is a very short and compact story, and different from the [longer format] series we are used to seeing in Turkey. So I had to work hard on all my reactions carefully, analyze well, and make sure the scene blocking was right. Professionally it was a challenging project for me, but very rewarding at the same time. My directors, Ozgur and Ozer helped me a lot along the way.

How did you prepare for the role?

The thing that made me happy and feel fortunate about this project was being able to work on “Fatma” for almost two months before shooting. I am sincerely happy that I found the opportunity to analyze, dig deeper into the psychology of Fatma and work on it with the trial-and-error method at great length. Thanks to this pre-shoot work, even during the roughly four-month shoot, I managed to search for Fatma and look out for new discoveries. We worked with a psychologist who is an expert on this matter. We talked a lot about what the impact of the traumas she experienced in childhood would be on her present life. Working with a psychologist made me come a long way…The more we talked, the more we got closer to finding the core of Fatma. This was a unique method and process of working for me.

Did Fatma as a character who kills people pose a moral dilemma for you?

Of course it did! Those who watch the show could immediately think: ‘So, every woman could go out and kill in this same situation?’… But this is definitely not the way we handled this show. Like I said earlier, we tried to look at this as a metaphor. When I first read the script I was also very taken by that dilemma. However, the more I read the script, the more I got to know Fatma and became her, [the more] I understood this metaphor. Each one of her murders represent the metaphor of her escape from situations she forcefully was pulled into; the injustice she faced; her invisibility and being ignored, thus sparking a rebellion in her from all of these struggles.

What was the hardest part of playing this role?

“Fatma” is an emotionally loaded project, so there were a lot of hard parts. Her own internalization of her desperation; the way she makes herself invisible; the connection between a mother and a son with autism are just some of them. Psychologically Fatma was the hardest character I’ve ever played.

How was shooting the series during the pandemic for you?

It certainly felt weird. As an actress, one part of me wanted really badly to be on set and start playing Fatma immediately, but the other part of me was anxious since we didn’t know how to cope with a pandemic back when we first started shooting. But both Netflix and our producer Basak created a very safe environment for us. All health and safety procedures were fully put in place.

This is your first time playing the lead in a series that will go out in 190 countries on the same day. How do you feel about that?

Let me put it  this way, the story of “Fatma” is both very local and also very global, regardless of where you live. I cannot wait to see the reaction from all around the world since this is a story that anyone can relate to.