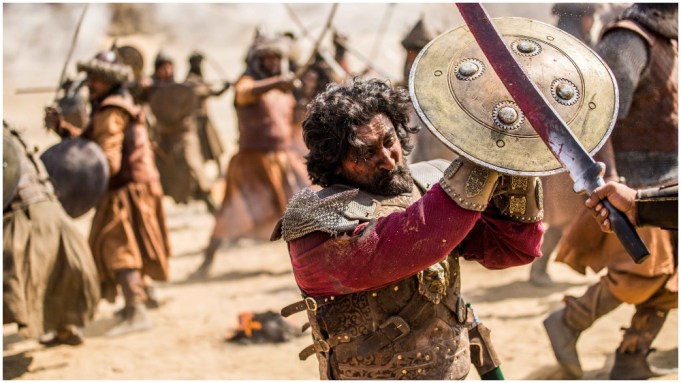 Leading Indian streamer Disney Plus Hotstar has revealed the first trailer for its magnum opus series “The Empire.”

The eight-episode series is based on Alex Rutherford’s bestselling “Empire of the Moghuls” novels, a racy, fictionalized version of the history of the Moghul empire, which dominated South Asia from 1526 to 1720. Season 1 is based on the first novel, “Raiders from the North.” It follows the young prince Babur, whose father, the king of Ferghana, dies in an accident. Babur’s ascent to the throne is in constant danger from an evil warlord. An assassination attempt on him further deepens worries about the vulnerability of Ferghana. The young king must now take responsibility for an entire kingdom and perhaps look to fabled lands beyond his borders.

Prolific filmmaker Nikkhil Advani (“D-Day”) is the showrunner. It is directed by Mitakshara Kumar, no stranger to epics, having worked as associate director on Sanjay Leela Bhansali’s “Bajirao Mastani” and “Padmaavat.” The story adaptation is by Bhavani Iyer (“Raazi”).

Monisha Advani and Madhu Bhojwani of Emmay Entertainment are the producers.

Advani said: “’The Empire’ is a dream project that I have nurtured for years. The narrative we are exploring is something none of the makers have ever attempted in the history of Indian entertainment and given this story a fictional and creative bent.”

Kapoor said: “We have heard many stories about Babur and the Moghuls, but very little about who they were, where they came from and how they came into India. In this fictional take, this is a character with a lot of complexities, and that is what intrigued me as an actor. The trailer is just a small glimpse into the world of ‘The Empire’.”

“For many years I have been fascinated by the imperial lives from the pages of history,” added Azmi. “We have seen and read many stories but the ones that I love the most are where women play strategic roles; much like my character in ‘The Empire’ – she is fierce, confident and knows what she wants. I hope the audience enjoys watching her as much as I enjoyed playing her.”

“The Empire” will stream from Aug. 27 and will be available in the Hindi, Malayalam, Telugu, Bengali, Tamil, Marathi and Kannada languages.