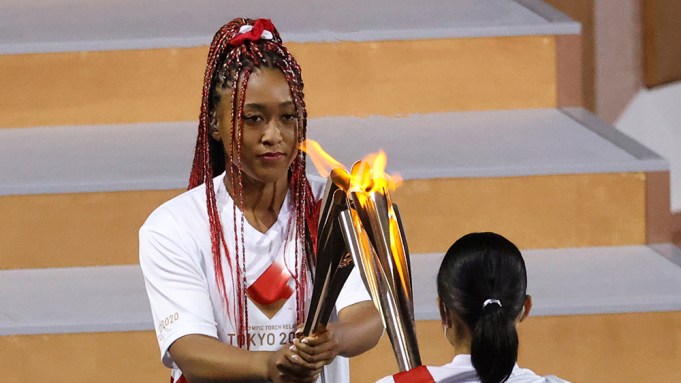 Naomi Osaka, the Japanese tennis star and four-time Grand Slam singles champion, was the final torchbearer at the Tokyo Olympic Games’ opening ceremony on Friday. She became the first tennis player to light the Olympic cauldron.

The 23-year-old is making her Olympics debut this year. She recently withdrew from the French Open, in which she was a heavy favorite and seeded second in the tournament, in order to prioritize her mental health. The move drew support from athletes across the sports world and Hollywood, who all praised her for being open about the mental health challenges that come from being in the spotlight at a major sports event.

The lighting of the Olympic cauldron served as one of the final moments of the opening ceremony, which was held without fans as a result of the increasingly severe COVID-19 conditions in Tokyo.

Olympic champions Nomura Tadahiro and Yoshida Saori carried the Olympic torch to the cauldron, in addition to Japanese baseball stars Hideki Matsui, Shigeo Nagashima and Oh Sadaharu. From there, a pair of first responders took the torch, passing it to seven-time Paralympian Tsuchida Wakako.

The Olympics opening ceremony kicked off with a mix of pre-recorded and live performances, fireworks and interpretive dances as the international teams made their debuts. Meanwhile, anti-Olympics protests took place nearby, shutting down one of the busiest streets in the Harajuku area.

Naruhito, the Emperor of Japan; Thomas Bach, president of the International Olympic Committee; U.S. First Lady Jill Biden; French President Emmanuel Macron and his wife Brigitte Macron; Swiss President Guy Parmelin; and the Prince Albert II of Monaco were among those seated in a 68,000-seat stadium almost entirely empty of spectators due to COVID-19.