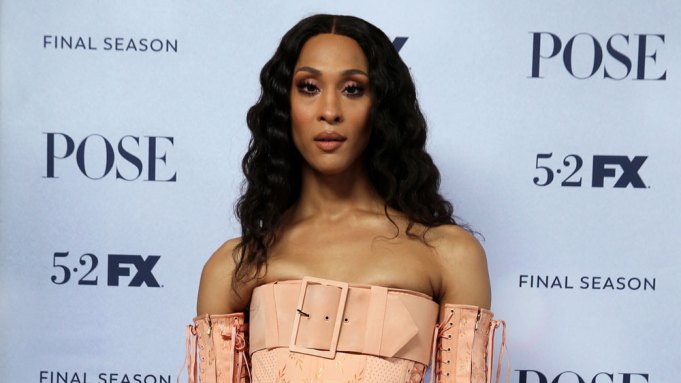 In what Hollywood hopes is a sign that live events are finally on the rebound, FX and 20th Television launched the third and final season of “Pose” with a red carpet premiere Thursday night in New York.

The event was held indoors at Rose Theater at Jazz at Lincoln Center. The socially-distanced, 200-foot carpet included clear plastic barriers between photographers. Reporters conducting interviews were spaced about six feet apart. Talent and reporters were kept four feet apart. The carpet itself was light blue and flecked with sparkles.

The significance of “Pose,” set in the world of ballroom competitions in the 1980s, as a groundbreaking period drama that opened so many doors for trans actors, creative talent and crew was top of mind for the stars as they gingerly stepped back into step-and-repeat mode.

“The legacy of ‘Pose’ simply is exuberant lives finally getting their chance and stapling it in the industry and in the realm of acting an making sure there’s more space open,” Rodriguez told Variety. “I never thought in a million years a girl like me from Newark, N.J. who had it hard, who didn’t get her chance out there to finally get it and to solidify it with a great season. That’s what it means.”

There were some surprising moments during the remarks from cast and producers before the screening. Janet Mock, “Pose” executive producer, writer and director, took to the stage with eyebrow-raising remarks about the show and her personal and professional relationships with cast members and producers that made for squirmy moments for the guests of honor.

For one, Mock complained about her compensation for her work on the series.

While Ryan Murphy, who was in the audience, doesn’t negotiate salaries, he is said to have played a significant role in helping Mock land her lucrative Netflix deal.

Mock further complained about the quality of “Pose’s” first two episodes which she noted were written by men. She engaged in bit of call and response with Murphy, saying that they had to “bring the girls in to help.” When she asked Murphy who brought the “girls in,” Murphy said, “I did.”

The screening was limited to 100 guests inside the theater (at 10% capacity). Participants were required to have a COVID test in the days leading up to the premiere and a temperature check upon arrival at Jazz at Lincoln Center.