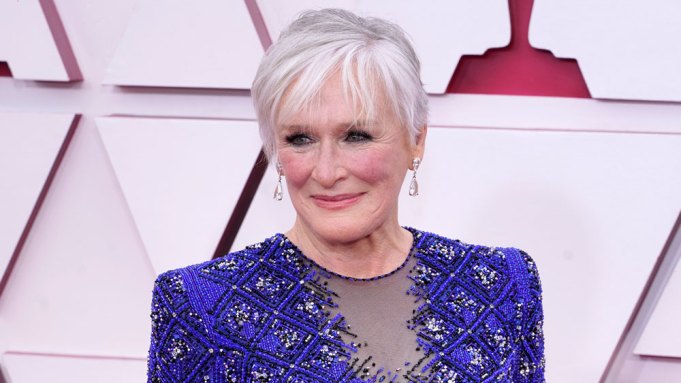 With no Vanity Fair party to go to after the Oscars — the magazine opted for series of virtual events leading up to the the 93rd Academy Awards instead of throwing its annual after-party — Hollywood found other ways to cap off the industry’s biggest night of the year. The Sunset Tower hotel became a place to be on Sunday following the ceremony at Union Station  so much so that paparazzi and autograph seekers lined the entrance to the legendary West Hollywood landmark.

Glenn Close was the first star to arrive shortly after the credits rolled on the Oscars. The eight-time nominee — and very impressive “Da Butt” dancer — arrived solo, but was met by her daughter, “Ratched” actor Annie Starke and her husband Marc Albu, at their poolside table as well as by applause by several fellow diners. Close’s agent, CAA’s Franklin Latt, also joined the group.

Don Lemon enjoyed dinner — the CNN anchor wasn’t in Los Angeles for the Oscars, but happened to be in town for work — with his real estate agent fiancé Tim Malone. The couple pulled out their phones to take some video and photos of their enormous ice cream dessert.

Nearby, Jaden Smith sat at a table with some friends.

Paris Hilton arrived on the later side at about 10 p.m. Wearing a black evening gown, the hotel heiress strolled through the room with her fiancé, entrepreneur Carter Reum, before stopping by Close’s table for a round of hellos. Hilton and Bakalova were seen leaving the hotel hand-in-hand.