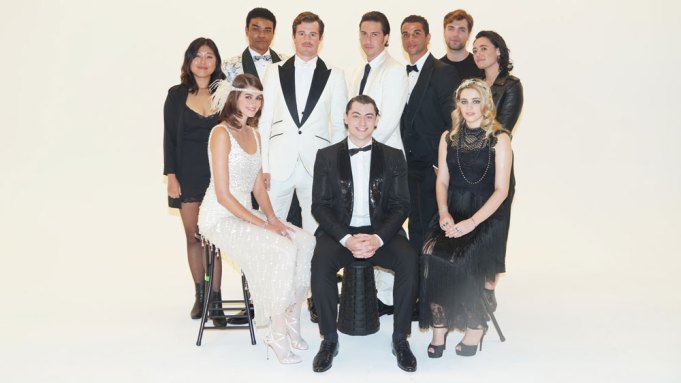 Kaia Gerber is dipping her toe further into the acting pond.

The model, who appeared on Ryan Murphy’s FX series “American Horror Story: Double Feature,” stars as Daisy in an upcoming table read of “The Great Gatsby.” The Acting for a Cause reading will benefit amfAR.

“Having the opportunity to play Daisy was such an honor,” Gerber told me on Monday. “‘The Great Gatsby’ has always been one of my favorite books, and I always felt there were so many layers to Daisy in particular. I loved exploring those layers on a deeper level. Being able to do this alongside incredible actors and for an important cause made the experience so much more meaningful to me.”

Check out the exclusive trailer above.

The actors were styled by Jared Eng in Dolce & Gabbana. The fashion line will also serve as the program’s lead sponsor and will match every donation to the HIV/AIDS organization up to $15,000.

“They say directing is 90% casting, so being able to do both makes the work that much more gratifying! I wanted to give actors who I am personally excited about roles they can really explore,” said Brando Crawford, Acting for a Cause’s founder and the reading’s director. “Usually ‘Gatsby’ is cast older but in the novel they are in their 20s and 30s, closer in age to this group of actors.”

Crawford also revealed his next reading will be “The Breakfast Club.”