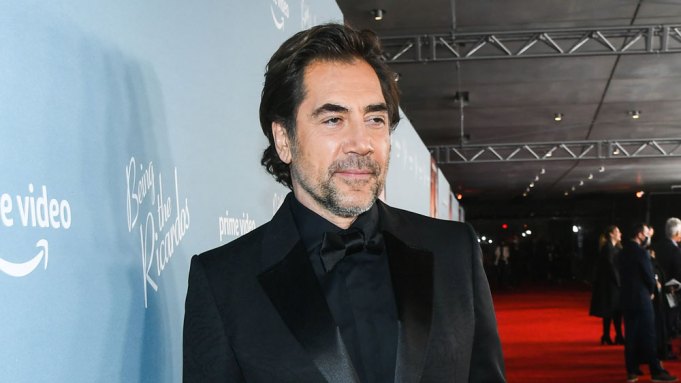 Javier Bardem couldn’t help but rave about his “Little Mermaid” co-star Halle Bailey at the Los Angeles premiere of his upcoming film, “Being the Ricardos,” at the Academy Museum of Motion Pictures on Dec. 6.

“Her voice is out of this world,” the Oscar-winner told Variety. “She was warming up the voice near me and I was like, ‘What was that?’ It would take me a lifetime to be able to [hit] that note. It’s amazing.”

Bailey will star as Ariel, a mermaid princess who dreams of being a human, while Melissa McCarthy will play her evil aunt Ursula in director Rob Marshall’s live-action adaptation of the animated musical. Bardem is King Triton and Daveed Diggs has been tapped to portray Sebastian.

Although the character of King Triton didn’t sing in the original film, Bardem said Marshall gave him a song — and it was the first time he’s ever sang on camera.

“[Marshall] was the first one who was courageous enough to give me a song and give me the stage, and I adore him,” said Bardem. “Working with him is a gift.”

The upcoming movie will incorporate original songs from the 1989 animated classic, as well as new tunes from original composer Alan Menken with lyrics by “Hamilton” creator Lin-Manuel Miranda.

“I think from what I’ve seen and what I know, the movie is going to be something out of this world,” said Bardem.

Not only did Bardem get an opportunity to sing in a new project, but he also learned to channel a new voice when channeling Desi Arnez, alongside Kidman’s Lucille Ball, in “Being the Ricardos.”

Set in 1950s Hollywood, “Being the Ricardos” examines the complex marriage of the beloved “I Love Lucy” co-stars. The entire film spans just one week of production on the classic sitcom, specifically when gossip columnist Walter Winchell reports that Ball registered as a member of the Communist Party back in the 1930s.

Bardem talked about working on the voice: “I think Nicole and I — when we were working hard on the TV show moments, that was the guideline — working on it and working on it until you hear the note. And boom, it triggers you to get as close as you can to the high pitch of Desi. Because my voice is way lower than his, with the accent and everything, it takes time.”

The Amazon Studios film will hit theaters on Dec. 10, with an Amazon Prime Video release date of Dec. 21.