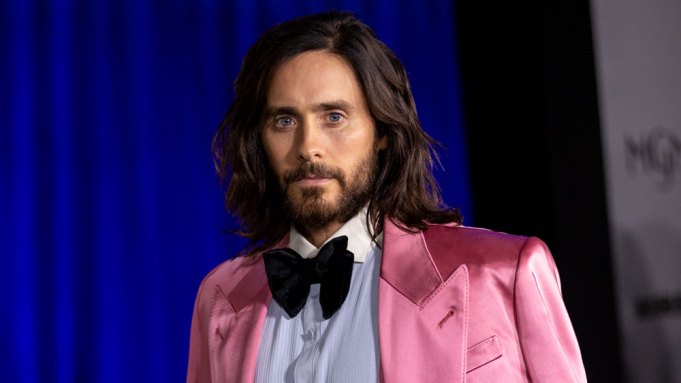 “Absolutely! Why not?” the actor, who played the Joker in the 2016 film, told Variety‘s Marc Malkin on Thursday night at the Los Angeles premiere of “House of Gucci” at the Academy Museum. “Why wouldn’t they? Why wouldn’t they? I mean, that’s what streaming’s for, right?”

Ayer concurred with Leto on Twitter. “Exactly what streaming is for. If you own IP and you have a mandate to monetize it from your shareholders that’s exactly what you do,” he wrote, tagging Warner Bros. parent company AT&T.

Exactly what streaming is for. If you own IP and you have a mandate to monetize it from your shareholders that’s exactly what you do 💁🏻‍♂️ @ATT https://t.co/4NRC4oF1Di

Ayer first confirmed the existence of his cut of the film in a statement in July. Since then, fans have rallied to see Ayer’s version, which Ayer alleges is significantly different from the studio cut that debuted to negative reviews. Ayer has occasionally commented since then, and on Nov. 10 posted to his Instagram story a look at an alternative look at Leto’s Joker, featuring a dramatic drawn-on smile and the words “hahaha” written where his eyebrows should be.

Leto isn’t the first actor involved with the IP to publicly state his support of the Ayer cut. Margot Robbie, John Cena and Joel Kinnaman made similar remarks at the August premiere of “The Suicide Squad,” James Gunn’s 2021 follow up to Ayer’s film.

“I think that’s all a very complicated situation that I am probably not responsible for,” said Robbie, who plays Harley Quinn in both Ayer’s and Gunn’s films. “I would want to see the cut of every movie I’ve been a part of that I’ve never seen. The funny thing is that when you’re an actor — not when you’re a producer — as an actor, sometimes I don’t see it until half the country has seen it. You don’t really get to see the different iterations along the way, unless you’re a producer.”

John Cena, who plays Peacemaker in Gunn’s film, added, “It’s in a company’s best interest to listen to their audience, and if it’s something that’s so in demand and they got it, why not?”

“Yeah, why not? You always want to see the director’s vision,” said Joel Kinnaman, who plays Colonel Rick Flag in both films. And during an appearance on the “Just For Variety” podcast in June, Kinnaman told Malkin that he was disappointed with “Suicide Squad”: “I thought the first 40 minutes of the film were fucking great, and then there were conflicting visions and it just didn’t end up being what we all hoped it was. It didn’t feel like the movie that we hoped we were going to make.”