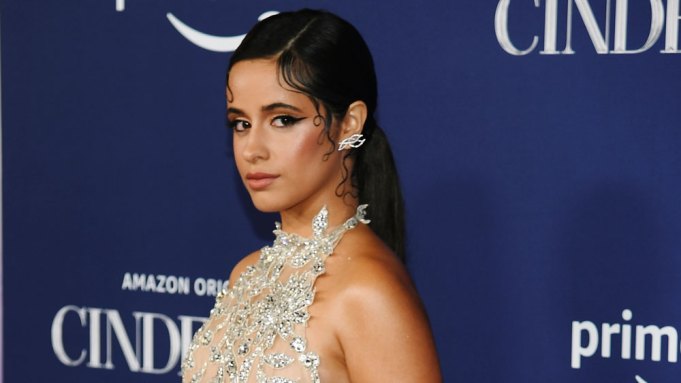 The “Pose” star plays the Fairy Godmother in Amazon’s “Cinderella,” writer-director Kay Cannon’s new take on the classic fairy tale. It’s the same role Houston played in the 1997 TV-movie with Brandy in the title role.

Porter describes his version of the character, called Fab G, as genderless. “Magic is love and neither have any gender,” he explained.

The film also includes a Latina Cinderella, played by Camila Cabello, who makes her acting debut in the movie. “We’ve never seen that representation before….It’s just an honor,” Cabello said.

Maddie Baillio, who plays Cinderella’s stepsister Anastasia, gushed over Cabello. “She knew all of her lines. She knew all of our lines,” she said. “She was so prepared and so kind. The first day that I worked with her I said, ‘You’re Cinderella.’ I looked right into her eyes and she screamed. It hit her and I at the same moment.”

Cabello admitted, “The first couple of weeks were really scary because it was all so new to me and I didn’t want to mess it up.”

She also revealed that her favorite “Cinderella” from the past was 2004’s “A Cinderella Story” with Hilary Duff and Chad Michael Murray. “I just thought [Murray] was hot in the movie,” she said.

One idea included “After the Ball” and another was the music-inspired “Cinderella-ella-ella-ella.” “They’re all bad,” Cannon said, laughing. “There’s a reason it’s called ‘Cinderella.’”