This Hollywood Restaurant Has More Than 20,000 People Trying to Get a Reservation

It’s no surprise Hollywood’s hidden tasting-menu restaurant Phenakite is one of the toughest reservations anywhere, with more than 20,000 people on the waitlist.

Chef Minh Phan had to close her indoor-only café Porridge + Puffs during the pandemic, and had no idea Phenakite, which came together in 10 days, would go on to win a Michelin star after less than a year. Phenakite was also named the Los Angeles Times Restaurant of the Year in May, causing the waitlist to start exploding, followed by the Michelin honor in September — which means that with seatings only on Friday and Saturday evenings, it could be a while before most of those on the waitlist make it to the hidden patio. Named for a mineral that becomes a gem under pressure, the restaurant — which is tucked inside the lush Second Home Hollywood campus — represents a triumph of turning the hardships of the pandemic into a rare jewel of an eatery.

It was Laura Kim, executive V.P. of marketing at Participant Films, who convinced Phan to open a different kind of restaurant during the pandemic, since Porridge + Puffs in Historic Filipinotown had no outdoor space. Second Home, on the other hand, is a two-acre campus housing an array of futuristic office pods and co-working spaces among more than 6500 plants and trees, hidden nearly out of sight just south of Sunset Boulevard at Western.

Phenakite offers a 10-course tasting menu with subtle, artfully composed plates marked by pickling, Asian flavors and lesser-known ingredients that encourage you to learn about the Vietnamese herb rau ram and fermented celtuce, known as celery lettuce. Phan considers her exquisitely arranged bouquets of flavor to be as much art practice as culinary achievement.

“The soul and the love for ingredients” are the same, she says. “It’s expressing emotions” rather than simply assembling food components. Phenakite uses only sustainable proteins, mostly fish, that are “aligned with our ethos,” says Phan, who loves putting together menus for vegan and vegetarian diners and omnivores alike.

One of her favorite constructions is called “Dance Party” — an amuse-bouche that changes constantly, gathering seasonal pickles such as watermelon rind-passion fruit with textured surprises like spicy fermented plum gelée and makrut lime foam. The dish is “a great way to train young chefs,” Phan says, since getting the Dance Party to have the perfect mix is all about balancing flavors. 1370 N. St. Andrews Pl., Los Angeles 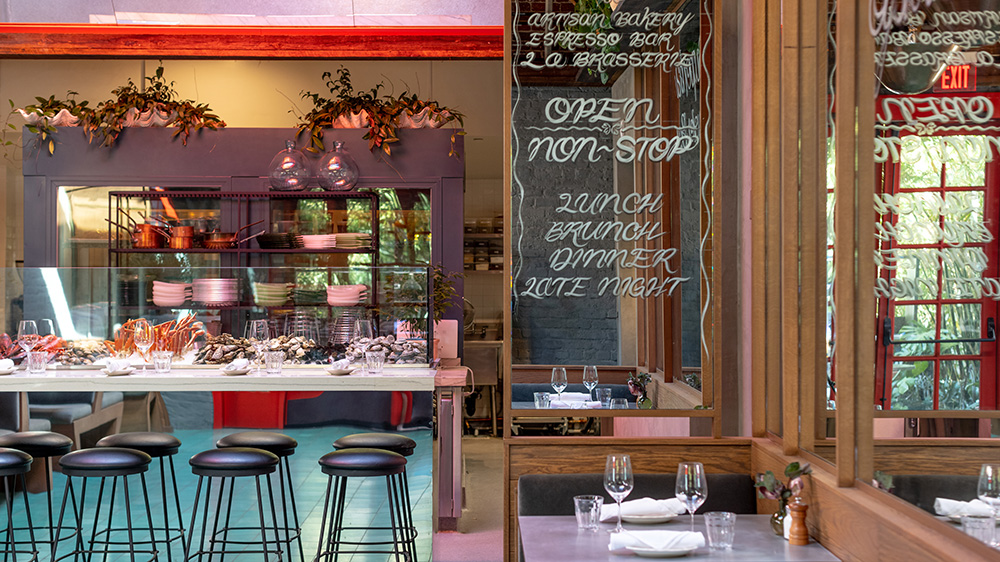