Not only did the legendary fashion house shut down Hollywood Boulevard for its Love Parade fashion show, but the runway was star-studded.

Gucci took over the strip of Hollywood Boulevard, between Vine and Orange, that’s most famous for hosting the Oscars red carpet. The sidewalk served as the runway with models entering the show from the TCL Chinese Theatre. 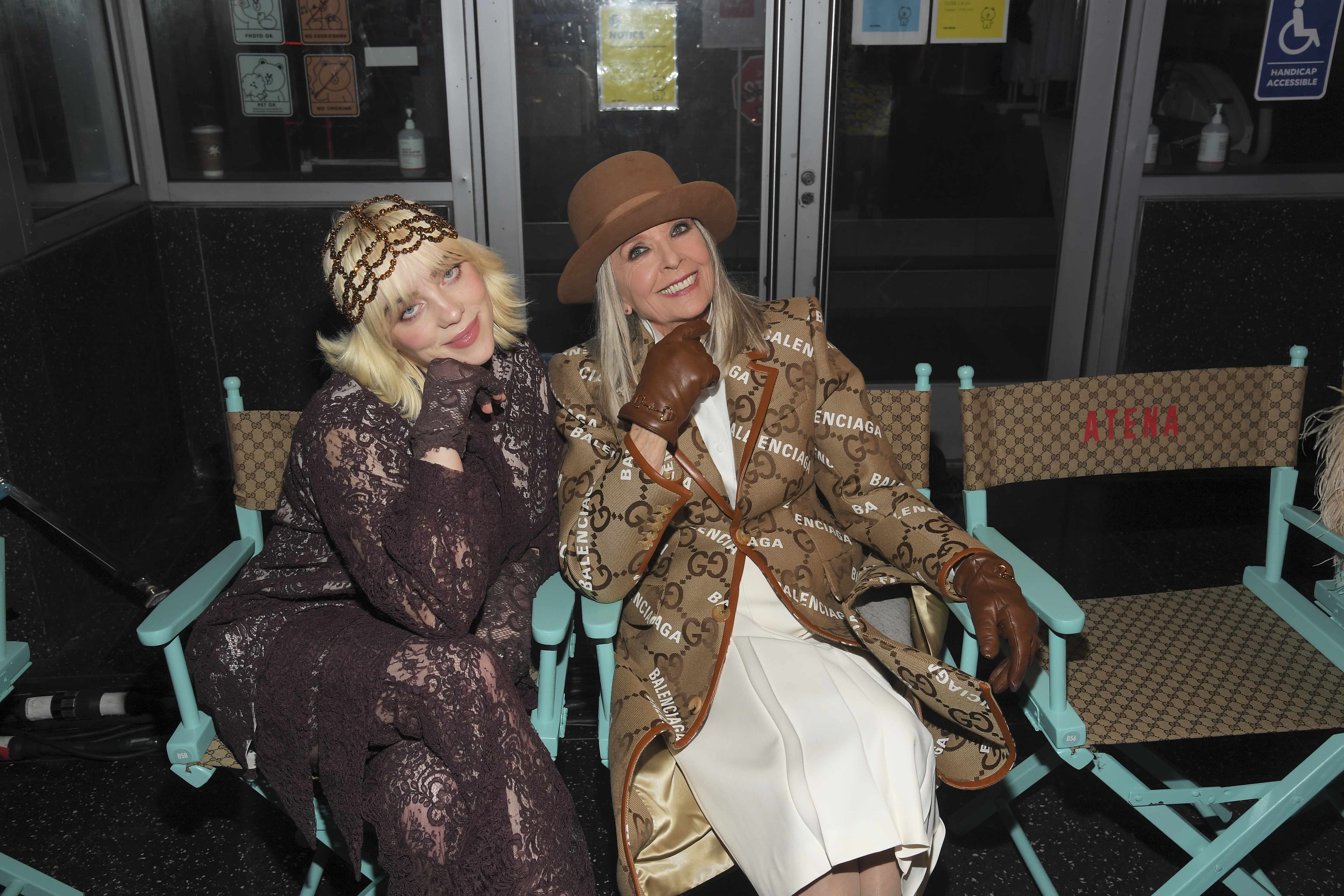 The seats were Gucci directors chairs emblazoned with the names of celebrities and Greek gods and goddesses.

Before the 30-minute show of more than 100 looks began, “Normal People” star Paul Mescal marveled at the street closures and klieg lights. “This is actually my first time on Hollywood Boulevard,” the Irish actor told me.

In a statement distributed to attendees, Michele wrote that the festivities and collection were inspired by his mother’s work as an assistant at a production company in his native Italy. “I remember all the stories she told me, and the details and the sparkles, about that dream factory,” he wrote. “There was the alabaster paleness of Marilyn Monroe and her diaphanous voice. There were the black satin gloves of Rita Hayworth and Veronica Lake’s velvet hair, as well as the bewitching allure of Rock Hudson and Kim Novak’s dizzying transformative power. Everything felt like a fairy tale.”

Michele says his love of cinema helped see through the “grayness” of where the family lived in the “outskirts of Rome.” “That was my escape, my desertion,” he wrote. “Down in that tiny speck in the world, Hollywood seemed a bright and shiny star. Nine letters dripping with desire.”

Lizzo gushed over the Tinseltown-inspired collection and some of the more skin-baring looks. “I want to wear all his shit, especially with the titties out,” she told me. “It was beautiful. This is incredible.”

After the show, while speaking to reporters, Michele said he’s not ready to direct a feature film because it would be impossible to do while heading up the fashion house. But then he teased, “Maybe one day.”

Proof of vaccination and a negative COVID test within 48 hours of the night were required to attend. An after-party took place at the Hollywood Roosevelt hotel.