‘The Wonder Years’ Rewinds to 1968: Behind the Reboot’s Music (EXCLUSIVE) 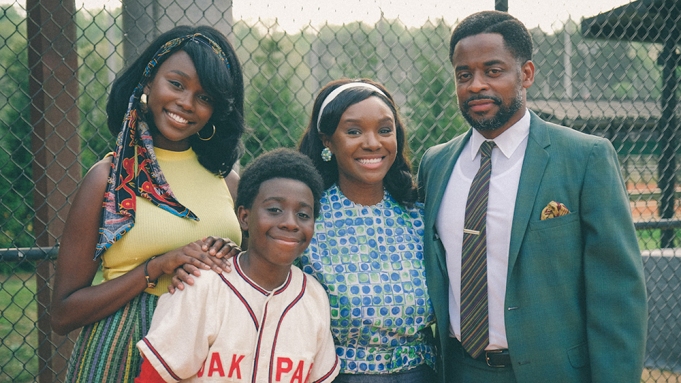 Inspired by the 1988 comedy of the same name, “The Wonder Years” rewinds to 1968 for a coming-of-age series starring Elisha “EJ” Williams as Dean Williams and Saycon Sengbloh as Lillian Williams.

Music plays a major role in show, seeing as the character of Dean’s dad is a working musician, and co-composers Jacob Yoffee and Roahn Hylton were tasked with creating a sonic landscape to connect the era with the story.

“Our hope is that people feel the humanness of the music,” says Yoffee. “It’s been important to us that every piece can be performed by a band without heavy use of ‘studio magic.’ Within the world of show, the father has his own band, and our vision is that the entire score could be performed by that band. So we’re using instruments that would have been common in jazz, funk, soul, and R&B at the time. It’s thrilling because this era is one of my favorites musically, so getting to paint with these sounds is a real gift.”

Adds Hylton: “When we heard that Bill Williams (Dean’s father, played by Dulé Hill) was a jazz musician and based on Saladin K. Patterson’s real-life musician father, we were very excited about the possibilities.”

While the original series resonated with the music-makers growing up, they are excited to introduce Dean Williams’ coming-of-age tale to today’s TikTok crowd and beyond. Says Hylton: “What’s really cool is that a new generation of kids will share that same experience and for many of those kids, it will be the first time that the family on screen looks just like theirs.”

The show’s rich music canvas allows the duo to explore different voices and sounds of the 1960s that range from the rhythm and groove of funk, the musicianship of jazz, to the heart of R&B and soul. From Aretha Franklin and Bill Withers to Otis Redding and Marvin Gaye, “the many voices who embodied the spirit of the ’60s” served as their inspiration, offers Hylton.

“The challenge is always finding a way to channel the sounds of those records, but making it work as score,” says Yoffee. “Not everything can be big and bold, so it has to work in a subtle way that doesn’t take over a scene.”

Watch a behind-the-scenes featurette above.