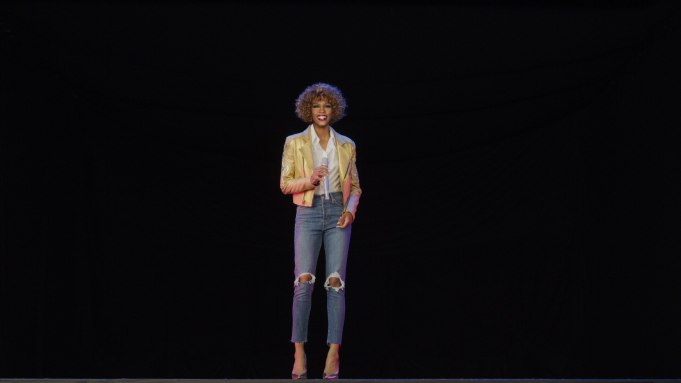 Whitney Houston’s estate has announced that “An Evening With Whitney: The Whitney Houston Hologram Concert,” a new residency at Harrah’s Las Vegas, will begin on Oct. 26.

The concert will feature the virtual image and voice of the late singer backed by a live four-piece band and background singers and dancers performing “all the hits,” according to a promotional video. This event has been in the works since at least 2019, when the estate first announced its partnership with publishing/management Primary Wave. Primary Wave acquired 50 percent of the estate’s assets, and the singer’s former manager and sister-in-law Pat Houston shared plans for a hologram tour, an album of unreleased tracks and a musical.

Despite questions about the ethics of using hologram technology to engage with the dead, Pat Houston has repeatedly shared confidence that Whitney would have appreciated the event. “In 2011, Whitney and I discussed her idea of an intimate, unplugged concert tour. It was a project we called ‘Whitney Unplugged’ or ‘An Evening with Whitney,'” she said via press release. “While Whitney’s no longer with us, her voice and legacy will live on with us forever. ‘An Evening with Whitney’ is another chance for us to relive and celebrate the talent that we were so lucky to receive for more than three decades and we’re excited to bring this cutting-edge musical experience to the fans who supported the pop culture phenomenon that was Whitney Houston, because they deserve nothing less.” Pat Houston is the executor of the singer’s estate.

The project is a collaboration between Houston’s estate and Base Hologram, whose CEO Brian Becker added in the statement, “It’s an honor to be able to help add to her legacy with this project and present her incomparable talent in a way that will resonate with longtime fans and new generations alike. If you were lucky to see Whitney perform live, this is an opportunity to see her again. If you weren’t so lucky, this is the closest you may ever get to experiencing what it was like.”

Tickets for “An Evening With Whitney: The Whitney Houston Hologram Concert” will go on sale Friday, July 23 at 10 a.m. PT via TicketMaster.